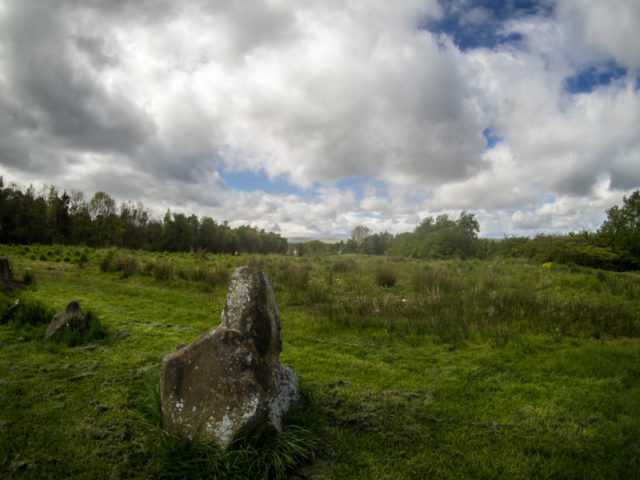 I had time to sit down and solve today’s sudoku for a start, then it was the catching-up.

Two drawings needed, but lots of time to get them sorted. The first one I actually planned for once. I roughed it out to make sure everything would fit into a square grid before I got started on the real thing. That’s quite a luxury for me and it helped considerably with the design. Maybe because the prompt was Illustrate a recipe. That meant there needed to be guide lines and such. Anyway, with that done, we went over to Condorrat to get the makings of today’s dinner. It was a second attempt at the Souk Soup and we needed a chicken breast to provide the protein. Cold wind both going and coming back.

After that I started chopping up the veg and bunged everything into the slow cooker and set it for two hours worth of cooking. Then I grabbed my Oly and camera bag and went to investigate the opportunities that St Mo’s would offer a camera man. Walking across the waste ground, I noticed a group of teenage boys heading in the same direction. One had a big bag that was clinking in a bottle-like way. They looked about as apprehensive as I felt, but I told them I wasn’t intending joining them and we all laughed. I was hoping to get some shots of hoverflies on the wing, but the wind was too strong and I had to ditch the idea and come back another day. On the way back I chanced into the group again, this time they had liberated the bottles from the bag and were sitting down with a speaker providing some music. I told them I guessed they were all from the same household and a couple of them twigged and said “Oh aye we are”. “Because”, I said “if you’re not I’ll have to inform Nicola.” Again we all laughed. I wonder what they thought I was doing with a wee brown bag over my shoulder, walking into the woods.

Scamp and I agreed that the Souk Soup was better when it was made in a pot. For some reason it was too watery made in the slow cooker. The Ras el Hanout spice I used was interesting and fairly hot, but I think I prefer my own Moroccan spice mix. We’ll have the rest tomorrow and see if we change our mind. 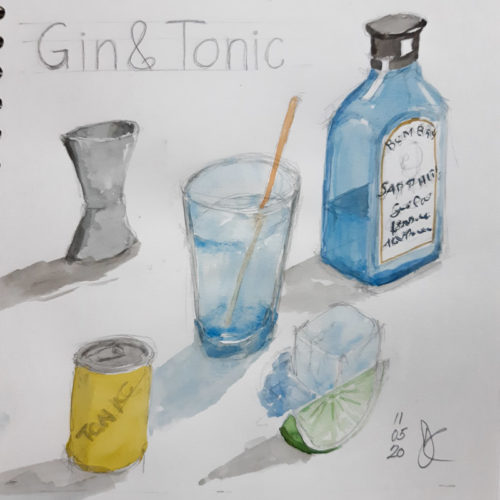 Two pieces drawn and painted after dinner. First was fairly good and the second was just a place marker. Both posted on Instagram and FB now. 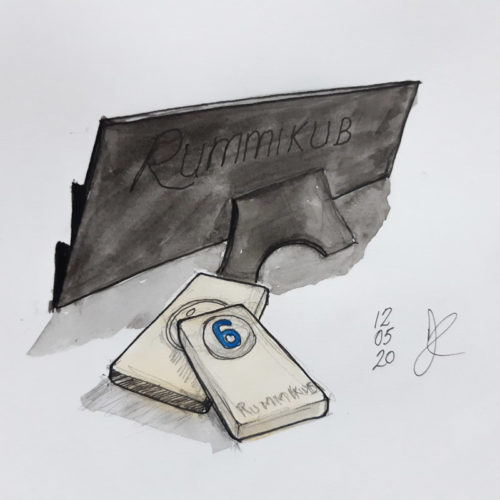 PoD went to a wide landscape taken with the wee 9mm lens cap lens for the Oly. Something went wrong with the lens because a white dot appeared in the sealed unit of the lenses. It’s sitting inside the rear element and I can’t seem to shift it. It shows on the Flickr photo, but only if you know it’s there. I’ve got another, better, lens, but the 9mm was so neat for carrying around. I’ll miss it if I can’t fix it.

We had a sprinkling of rain tonight, but not a lot.  Hoping for more tomorrow.  Other than that, nothing planned.