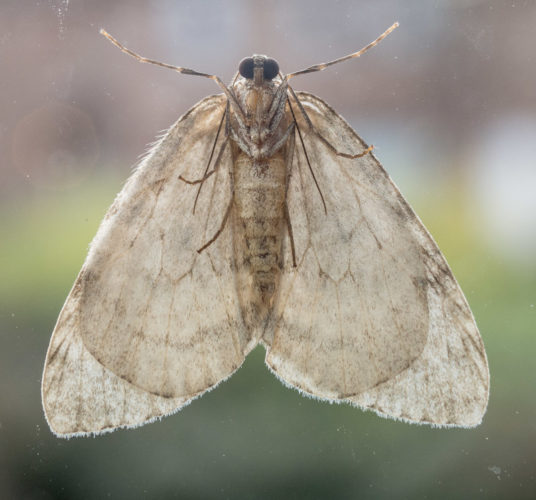 Out early to the dentist, but no fillings for me, mum.

Drove Scamp to the dentist on a cold morning and waited in the car reading the latest Rebus book. Three quarters of the way through in just under two weeks. Must be a record. Scamp arrived just as the cold was beginning to seep in and I had switched on the engine to warm me up. Unfortunately, there was a filling for Scamp, a temporary one to see her through until a week on Friday, the 26th of October. The pain seems to have diminished a lot since yesterday and appears to be manageable. Now she’s complaining about the taste from the temporary filling. There’s no pleasing some people.

When we got back I noticed a little moth on the outside of the front window with the light shining through its wings. That 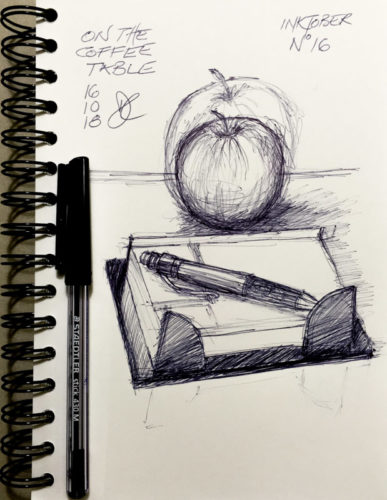 became PoD. I also started what would become Inktober 2018 No16. Basically, it was what was sitting right in front of me on the coffee table. I got the scale of the apple totally wrong and that’s why there’s a ‘ghost apple’ there. That’s the trouble with drawing in ink, make a mistake and there’s no going back. There’s a fad just now for sketching in ball pen, that’s why today’s sketch was done with a cheapo black ball pen. I’m now looking for a better pen, one equipped with a Ctrl Z (Cmd Z Mac) button.

After the outing to the dentist, the furthest we went today was a short trip to Costa in Robroyston after calling in at the butchers in Muirhead for some raw meat for me. When we got back, and with the help of Scamp, I converted the raw chunks of meat into stew. Actually I’d so far as to say a very tasty stew. I can take no credit for it at all, it was all down to Scamp’s careful and patient instruction. I did add the Bisto though! Loads more for tomorrow’s dinner too.  By dinner time the sun from the morning was long gone, replaced by a drizzly smir.

Tomorrow is dancing day. Practised the Timesteps tonight to try to fix them in my head for tomorrow.