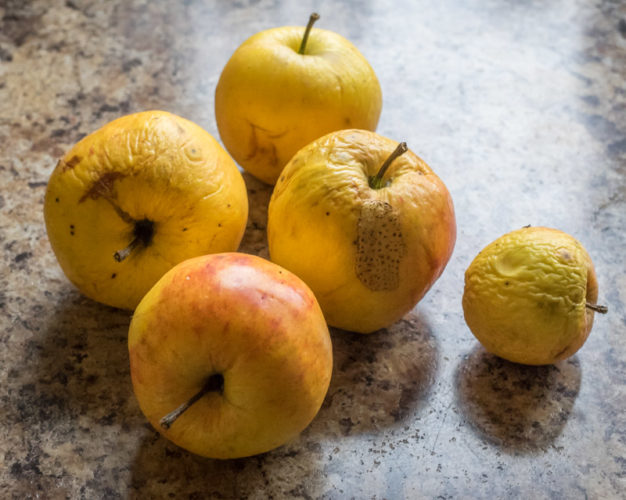 Today was dull, really dull, so to brighten our day we went out to Italy.

I started the theme early by flying from Italy to Sicily. It was an uneventful flight until I allowed X-Plane to take control of the aircraft. It was supposed to fly it by AI, but I don’t know what the ‘I’ stood for. It certainly wasn’t Intelligence. It decided to take it away from the flight path and turn off the jet engine. After a bit of a struggle I got everything sorted out an performed a text book landing … at the designated airport, not in somebody’s garden as my brother used to do in Microsoft Flight Simulator.

Back in the real world I struggled with getting email to work on the Samsung. Eventually I gave up or we wouldn’t have arrived at the restaurant in time for supper, let alone lunch. It must be at least three years since we’ve been in Vecchia Bologna, but the menu was quite familiar, the prices were a bit higher and the food was just as good as before. Next time, and I’m sure there will be a next time, we’ll book in advance to get a window seat.

Drove from there to Hobbycraft at The Fort to get some material to make a bow tie. I saw it earlier in the week and should have got it then, but the ‘fat quarter pack’ I was looking for was still there. Met Nancy when we left and made arrangements for lunch some time soon. Back via Aldi so that Scamp could test it out. That smell was still there, but again, it could have been because of the clientele although it did seem to be coming from the fruit and veg aisle.

Back home it was too dull to get an outside photo, so today’s PoD is of the last five apples from the James Grieve tree. Best year we’ve had so far.

Got a bit pissed off with the poor phone reception near the house. Can’t even get Spotify to play on the dire music system on the Juke. Eventually cooled down and accepted that EE is probably, overall the best of a bad bunch. O2 is better than all of them, but elsewhere its coverage is decidedly patchy. Vodafone is about the same as EE, but they really do make life difficult for you. I spent about an hour filling in the form to unlock my iPhone SE! O2 and EE unlock theirs after 18 months automatically. Three is just a joke – no coverage and a poor record. The moral of the tale is “Live with what you’ve got.”  What I did manage to do with the phone was finally get the email sorted.  It was the simplest thing.  The username was wrong, and that completely borked everything.  That’s not what the Samsung told me was wrong.  It told me that I hadn’t set up the PoP or the IMAP properly.  Misdirection is one of the greatest bugbears of the digital life.

Today’s Inktober topic was A Towel. This is how I spend my Friday nights now. Sitting on the toilet sketching an ink drawing of a pink towel. It’s things like this that give amateur artists a bad name! 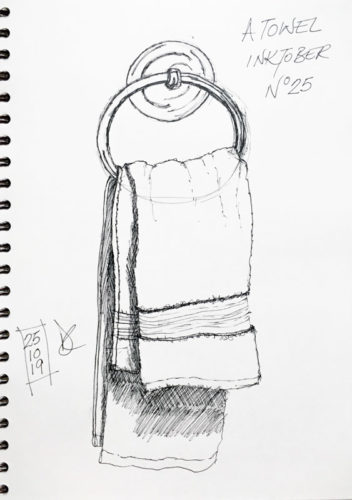 Tomorrow we have no firm plans. It all depends on the weather fairies.