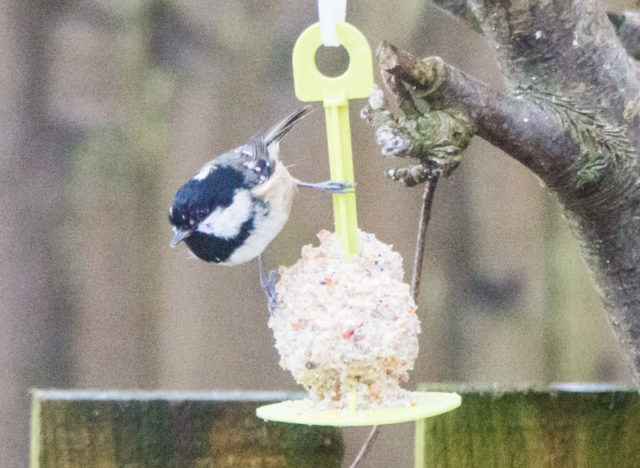 Well, the thaw started last night and seemed to have continued its good work through the night.

Green grass was revealed in the garden, front and back as the temperature rose. It continued to rise throughout the day and even now as I’m writing this the outdoor thermometer is showing 6.1ºc. That said, it was a bit of a dull day, overcast with grey cloud. We shouldn’t complain, though, because that’s what was keeping the temperature up.

We dusted the last of the snow off both cars and then I drove us to the dump to toss the old microwave into the skip. It joined at least eight others in the ‘Small Electrical Items’ skip. Had they all been hit by some electronic lurgi at the same time or had everyone got new microwaves for Christmas? I don’t suppose we’ll ever know.

After lunch I did consider going to the gym and the steam room for half an hour as I had a crick in my back that just wouldn’t go away. However, it seemed a shame to waste a silent Monday as Gems had been cancelled today because the paths, although thawing, were still quite slippery. It gave me a chance to just sit and finish today’s ‘mild’ Sudoku. After that I set to, to copy a painting I’ve got sitting on my cork board wallpaper on the iMac. Instructions for making a cork board are down here. I wasn’t all that happy with the first attempt, but then chopped a piece of corrugated card from the microwave box and painted a much better one. Well, it looked good at the time, but it may look different in the harsh light of another day.

Salsa tonight was good and we were back to Gorila again, then Jamie G changed the ending and, in my opinion totally destroyed it. He took out the lovely tricky twisty bit and put in a bland enchufé as a finish. He even gave it a ridiculous name ‘Monkey’. Possibly because he’d made a monkey out of it. His other new one is called ‘The New One’. Nothing new there. We did one more new move called Enchufé Clap which is just silly. Enchufé then clap in the air, clap behind your back, clap below your left knee, clap behind your right knee. Hmmm.

PoD was a grab shot in the dull afternoon and is possibly the worst PoD this year.

Hopefully we’ll get out somewhere interesting tomorrow and get some photos took!

The idea of a cork board as a wallpaper came to me some time ago and it’s an easy one to implement. I downloaded a cork board image from the net and tiled it up to cover the iMac’s enormous screen. That it the base.

I now save two versions of the background file. The first file is in the native format of the photo editor. This will ensure that all the different layers are saved and it’s this one I’ll reload the next time I’m going to add another idea clip. The next file to be saved is a .JPG file that will be the actual wallpaper. Make sure you remember where each one is saved, because they are not interchangeable. Finally, I just right click on the background and select Change Desktop Background. That’s how it works on a Mac, but YMMV depending on your OS.