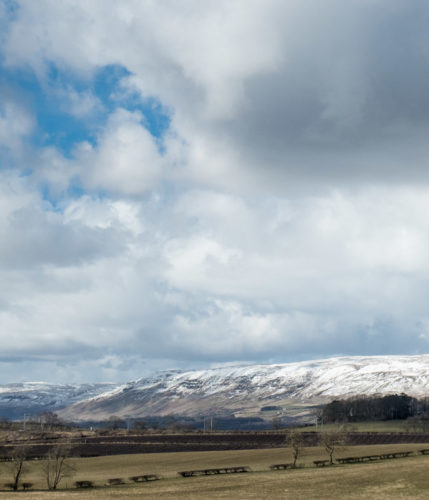 Today was a technology fest and more lies from Currys.

Scamp was out singing with Gems today, so I was off the leash! Started off in Glasgow at what was Val and my stamping ground at PC World in Finnieston. Oh dear, how this place has gone downhill. It used to be THE place for the PC aficionados. Now it sells washing machines and fridge-freezers and some PCs. I’d already checked before I left the house and the Linx 12×64 was in stock and on display. Despite all my checking I couldn’t see the little black plastic devil anywhere. Eventually one of the ‘assistants’ (AKA Sales Droids) asked if he could help. I told him I was looking for the elusive Linx and he seemed to know what I was talking about. He tried to check on one of the expensive laptops if they had them in stock, but couldn’t get the website to work. Warning bells were ringing. I told him I’d just have a wander around and see if I could locate one myself. He did eventually find that they had them in stock and even brought out the box, but agreed that there wasn’t one on display. I told him that’s not what the website said, but he had an answer for that. It’s a mistake on the website. I told him I wasn’t interested and went out.

I checked in Office Outlet next door. It used to be Staples – when it was a real shop. Now it’s a big partly empty barn with very little to recommend it. They had even fewer laptops than PCW. I couldn’t let it go. Back in to PCW, approached a group of Sales Droids and asked to speak to a manager. Every one of them turned in a different direction, then an assistant manager (apparently referred to as an AI or Programmer) said the manager was dealing with a customer (aren’t they always?) and could she help. I told her my story of the mistaken website and how the Sales Droid had found the box, but no displayed computer. She offered to get the Droid to open the box. Did he need the AI’s permission or did he need re-programming for this task. I told her she was missing the point, but the intense look in her eyes and the sweet smile didn’t falter and I was reminded of oh so many SF films. I just left before they started repeating “I’m sorry Dave I’m afraid I can’t do that …”. I was so glad when the automatic doors opened to allow me to exit.

Drove around for a while, but never saw a Linx 12×64 in any of the Curry’s PC World places I visited, but now I understand why the assistants are called Sales Droids. They’re pretty tame really. It’s the programmers that are the dangerous ones.

Today’s PoD is of the Campsie Fells under their snow covering. Not as dramatic as yesterday evening, but still quite pretty. 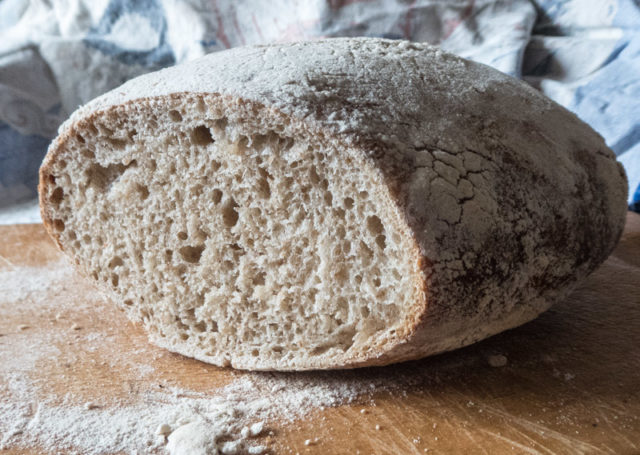 This is the sourdough loaf I made when I came back from my brush with HAL 9000. It’s not perfect, but it’s a start. The photo makes it look better than reality. It was a bit heavy in the middle. Still not got the proportions of Production to flour and water. It’s a start and I’m hoping it will get better.

Don’t know what we’re doing tomorrow. If it’s as lovely a day as today, we’ll go somewhere nice for a walk. We can only hope.