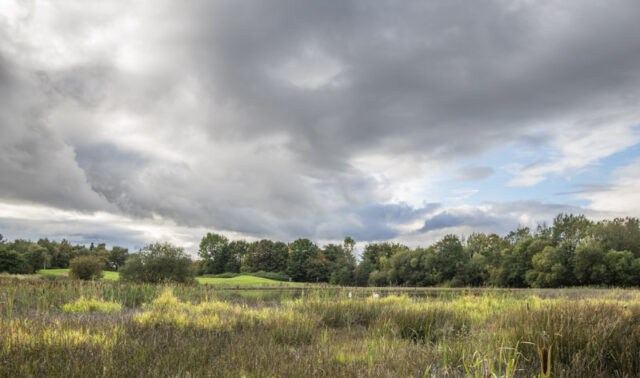 If something looks too good to be true, it probably is.

Today I took back the Sony A7. It was so nearly perfect, except I have the feeling it might have been bashed about by a few people before it met me. Scratches on the baseplate. A deep scratch on the border of the back screen. I could have lived with those. There was nothing there that my own collection doesn’t have in some fashion, but it also had lots and lots, I mean LOTS of baked-in spots on the sensor that I couldn’t shift with sensor swabs and sensor cleaning liquid, that was the final straw. I couldn’t live with that. It’s only a bargain if it’s worth more than you paid for it. This one wasn’t. So with a heavy heart I took it back to JL today and got my money back. However, before I took it back I did find out what that APS-C switch did. It worked. It automatically cropped off the bits the lens couldn’t cover. Nice work Sony.

After driving back home on a beautiful day and having lunch, I did my Sudoku and eventually dragged myself off to St Mo’s to take some pictures with my ‘old’ cameras. The ones with the clean(ish) sensors and fewer scratches. There wasn’t much worth photographing today, because the clouds had rolled in and the light was decidedly dull. I watched Mr Grey stalking something deep in the reed beds, but he was too far away even for the zoom of the TZ90. I did grab a few shots using the post focus trick, but again, the light wasn’t directional enough to make anything worthwhile of them, but it’s still a clever trick. 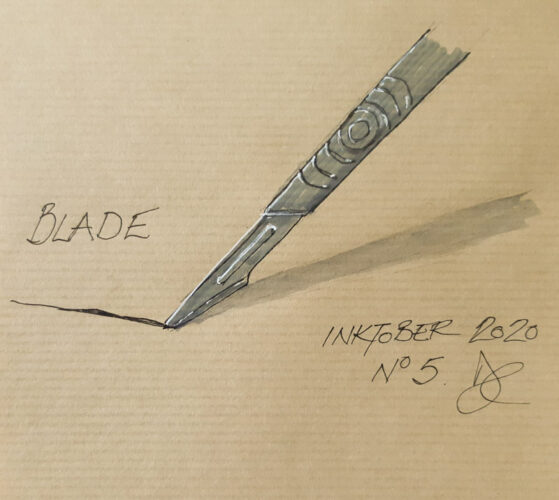 Spent a profitable half an hour after dinner sketching tonight’s Inktober topic which was ‘Blade’. Mine is a fairly direct interpretation of the prompt, but the clever ones were Blade(runner) and Blade, the Wesley Snipes character. They probably took hours to get just right. Mine was the rough for a more detailed piece, but as it was progressing it got better and better and I just liked it. So did Scamp. She gave me the greatest praise by saying she was wondering who had drawn it!

PoD was a mediocre St Mo’s landscape. I should have taken some time out this morning in Glasgow and gone for a walk, but my heart just wasn’t in it.

I hope some of you recognised the title of this blog which is the second last line from “Comfortably Numb” by Gilmour & Waters. Possibly the best Pink Floyd track ever.