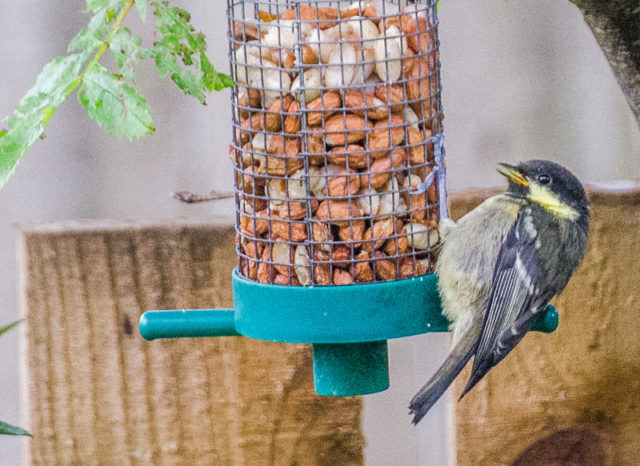 Today it rained on the good, on the great and on the politicians. Today was voting day.

It rained on everyone today. It was dry for a couple of hours in the morning and that’s when I was smart enough to get the above shot of the coal tit. It was hovering for ages just beside the peanuts waiting for its time slot. It hovered almost like a humming bird. I grabbed my trusty Nikon with the 300mm lens and it had stopped humming and hovering. Not to worry, I got some shots of all the coal tits and blue tits on the peanuts. They move so quickly, the little birds, mainly because they are feeding their young just now.

By eleven it was raining and it simply forgot to go off. We drove up to the school to vote for the least worst party, that’s how bad it is this year. I just hope that June 9th isn’t a May day. A Theresa May day.

After doing our duty, we drove to Robroyston for a coffee and just to say we had been out. After that we went to Bishopbriggs by a circuitous route because of one road closure and no diversion signs. East Dumbarton must be as bad as NLC. We went for Scamp to get some ‘messages’ and me to look at new tech in Currys. She was successful, I wasn’t. The ‘New’ Linx 64bit ‘puter Val told me about is a backward step, as far as I can see. Only one USB 2 slot and a touch pad that has a mind of its own. We drove back through the canal that is the M80. Well, that’s what it feels like in places. 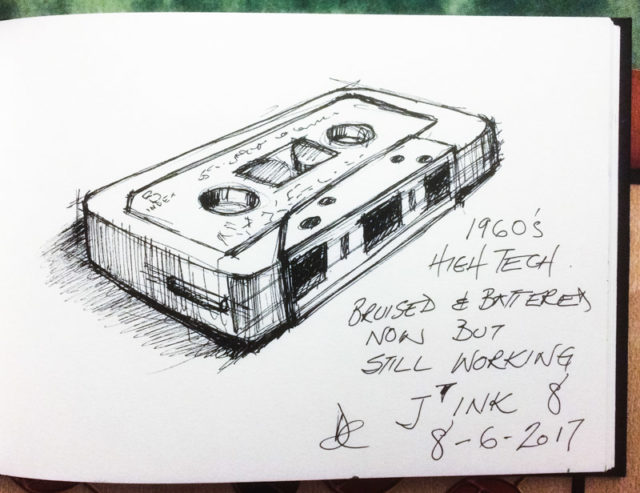 Basically, that was it. I repaired the pocket on my M&S jeans. Scamp tweaked her music for Gems. I did a sketch of a cassette tape and by then it was bedtime.