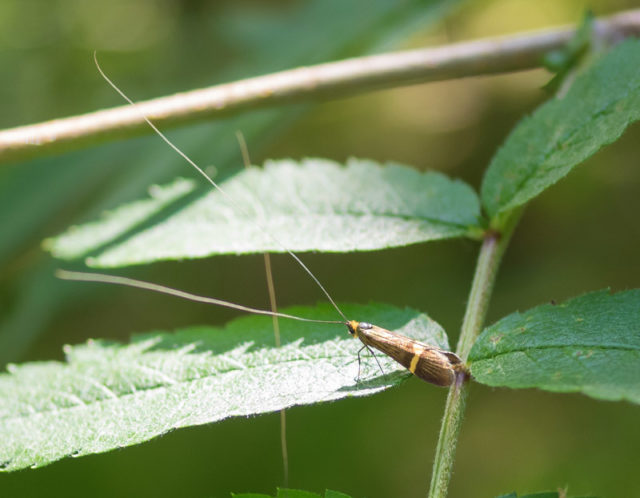 Today dawned sunny, so we were going for a longer walk than yesterday.

Madeleine decided to stay as this was going to be a fairly energetic walk. The first part was definitely energy sapping and was a climb up a fairly steep hillside, but as Sim had told us, after that it levelled out and we walked along a metalled road … for what seemed like miles, but wasn’t really. The views from the top of the hill were excellent with speckled sunlight over the Welsh hills. It was a circular path that took us back the way we came eventually. Findings were a strange looking Shield Bug with red and black markings, a bird’s nest with chicks in a hole at the side of the road some strange brown striped flies with enormous antennae and an interesting brown butterfly. I got photos of everything except the birds nest because I didn’t want to disturb the parent birds and risk them abandoning the chicks, unlike the rest of the group who crowded round for a better look. Then I noticed I’d set the ISO to 256000! Luckily I only took a few shots with the heavy grain. Unluckily the butterfly was one of those shots.

We just got home before the rain started and I was beat, so I had a snooze. After that it was lunch and I managed to get some more photos taken. Then Scamp and I sat in the garden where I got a couple of sketch/paintings done one of which is here. 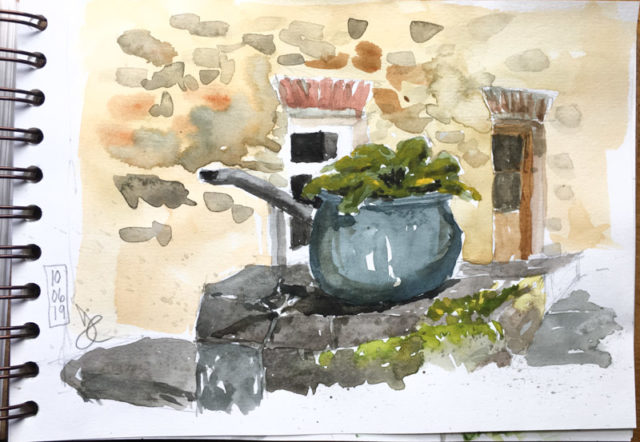 The clouds had been gradually massing and when the thunder started Scamp decided the good weather had gone. I stuck it out for ten minutes or so before having to give up too. Just in time as it turned out, because the rain came down in torrents, but the thunder grumbled away down the valley.

Chicken curry and roti for dinner.