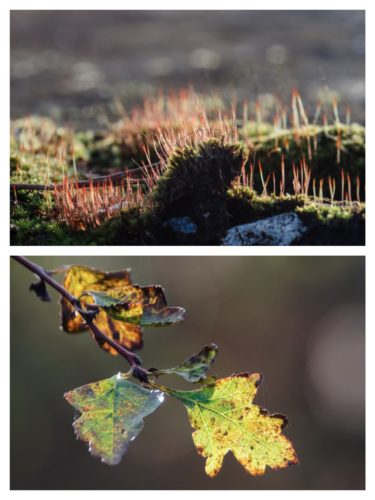 Another cold night last night. Temperature this morning was around 2ºc. It did rise to almost comfortable numbers, as long as you were well wrapped up.

It took quite a while for the temperature to rise and that’s my excuse for not getting the bike out of the storage room. I could say cold storage, but that might be a pun too far. I didn’t take the bike. I wish I had now, because in the sun it felt warm and there was no wind.

Just after midday I decided that it would be more sensible to go for a walk in the bright sunshine and get some pictures than to drag the bike out, pump up the tyres (if I could find the pump), get dressed for cycling and head out. For some reason, Auchinstarry is becoming very popular at weekends. I think it must be a place to park the car, then take the bike along the railway path or the canal towpath. I was doing the canal towpath then the railway path.

There wasn’t all that much wildlife to see along the route, but I stopped when I was crossing the Plantation to listen and look. The sky was clear, so you could see for miles. Far enough to see a tiny wee dot that gradually circled near enough to resolve itself into a high flying buzzard. What could it see from that viewpoint? Listening, at first there was only silence. Then gradually the noises of the countyside came in, mainly rustling of the leaves in the giant copper beech beside the path. As I was beginning to hear this, a breeze blew and the leaves flew across the path. Then traffic sounds came in and a passenger plane crossed the sky heading for Glasgow and the rustling of the leaves was gone as was the buzzard. Possibly just over a minute of natural sights and sounds in a 21st century day. Worth watching and listening to if you get the chance.

Walked back to the car and joined the real world again. Drove home and processed the photos for today. Today’s PoD is the macro shot of the moss. Usually I shoot the fruiting bodies, but the red spikes made a change. I also liked the single leaf. Yes, yes, I know. NO PICTURES OF AUTUMN LEAVES. I made the rule, so I can break it. I could say it wasn’t the colours that drew me in, but it was. That and the fact that I was shooting into the light. In fact, in both cases I was shooting into the light, contre jour. I like that lighting. It can give more intense colour in the subject and less colour in the background.

Not a bad day for a walk then. Just a pity I didn’t take the bike, like everyone else at Auchinstarry.

Tomorrow I might go in to Glasgow to get a couple of cheap sketchbooks. Maybe toned ones for a change.