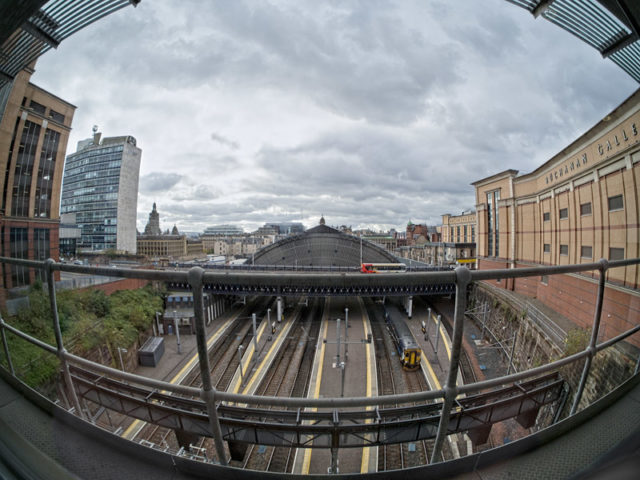 Some days it seems like all the zoomers are out. Today was one of those days.

We were undecided where to go today but we finally settled on Glasgow. That’s when we met the first zoomer. We were driving up the hill to go on the motorway and the zoomer came screaming up behind us trying his level best to get in the Juke’s boot. Wasn’t going to happen though. It’s a 30mph zone and I was doing a steady 30, good law abiding citizen that I am. Then he started weaving from side to side. He’d been watching too much F1 and thought he was Lewis Hamilton trying to warm up his tyres. Either that or he was hoping to hurry me along. He obviously hasn’t heard the auld guy’s rule “The closer you come, the slower I go.” He wasn’t even driving a fancy car, it was a chemist’s delivery van for a Glenboig chemist. Best bit was when he stopped at the red light, not realising that the red is really for those turning right. He was heading straight on. It wasn’t until the drivers behind started sounding their horns that he saw the green filter lane light and drove on.

In Glasgow we met zoomer number two. He was a complete nutter. I signalled to move left into a filter lane, but he wasn’t having it. He was in that lane, it was his lane and he wasn’t giving it up. Stuff that. I accelerated, so did he, but I was quicker and nipped in in front of him. Oh he didn’t like that. He gave up on trying to cut me up as I turned left at the next lights, then undertook me to get in front of me before the next ones. He was smiling as I drove behind him, but I changed lanes and gave him a cheery toot as I passed him. He was in the wrong lane, stuck behind three cars and a bus waiting to turn right at the lights and I had a clear road ahead. A simple beginner’s mistake on his part. Perhaps he’ll learn, but I don’t think so. As we sailed past him I distinctly saw that angry little black monkey sitting on his shoulder, whispering in his ear. So nice to see them together, they deserve each other.

We went in to JL and Scamp quickly got exactly what she was looking for while I ogled the Big Boy’s Toys in the photography section. Then she decided to go look in Next and I went to practise sketching Buchanan Galleries. Inktober starts on Monday and I need lots of practise.

Once we met up, we went for a really poor excuse for a coffee in Nero at the Galleries. They have one more chance to up their game and then they get dropped. Almost Cumbernauld Costa quality they were producing. Burnt water blend.

Drove home without mishap and without meeting any more zoomers. Decided it was warm enough to go cycling if I had enough layers on. Made not a bad fist of fighting my way through the mad (not ‘zoomer’) drivers heading home early from work and did a bit of off road cycling. While I was out in the wilderness I heard the note of a small turboprop plane and guessed it was my favourite aircraft the Piaggio P180. A small 11 seater canard (an aircraft with horizontal stabilising and control surfaces in front of the wing). You can usually hear them long before you see them, but I still had to set up my camera properly to catch this small fast plane and that’s why I tried to jump a fallen tree and tangled my leg in a long bramble stem which is the reason that I’m smelling of TCP right now and have long scratches down my calves. I got the photo, though and that’s the main thing as any photog will tell you. It was indeed a Piaggio P180 flying from Bremen to Glasgow and my leg is indeed still sore.

Heading home I met zoomer 3. Maybe they come in threes. She, it was definitely a She, was driving and she was in a hurry and she was taking no prisoners and she didn’t see cyclists, even ones with flashing red rear light on. If she’s been an inch or two closer she would have had a nasty scrape down her nearside door and I wouldn’t have had to worry about the bramble scratch on my legs. Luckily she didn’t make that move and I got home safe, but it was a very near miss, Miss.

“Zoomer – A person of an erratic or volatile disposition.”

PoD is a view from the JL bridge over the railway in Glasgow taken with the Samyang, the lens of the moment.

Tomorrow we have no plans. Nothing we need to get, nowhere we need to be. Let’s hope that it’s Zoomers Stay At Home Day.