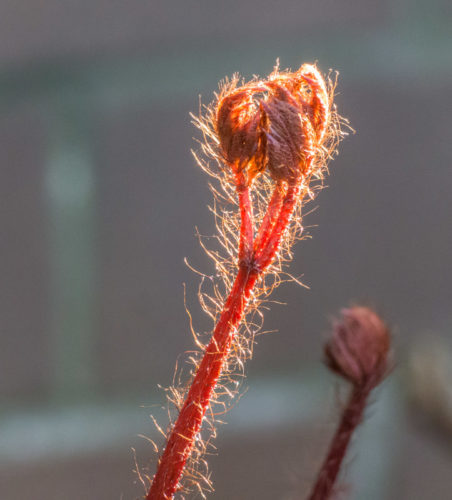 I was up early (for a Saturday), but not to go anywhere, although the sun was shining.

No, today was baking day for my third sourdough loaf. I started it on Thursday evening when I made the Leaven, the preparation of active yeast. Then yesterday was making the dough which had 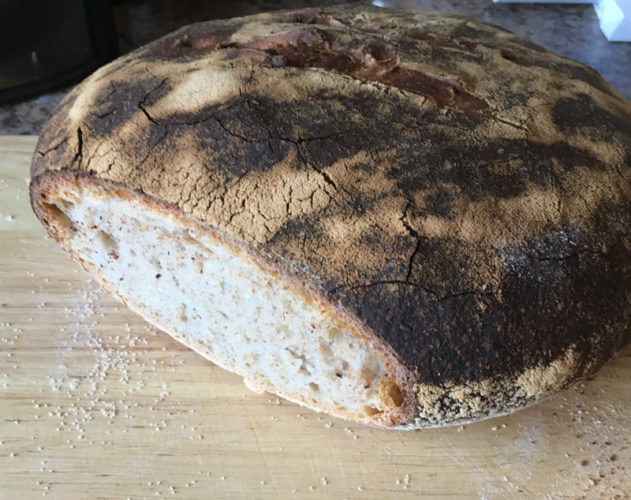 cooled in the fridge and increased its size overnight and today it would be baked in a very hot oven that I put on just before 9.00 this morning. I left it for half an hour with a pizza stone in it, then I carefully slid the oversize dough on to the stone and shut the door. Left it for 30 mins before I had a quick look and it seemed ok. I was in two minds whether to give it the full hour or do what seemed right. I settled on staying with the recipe and gave it the full hour. Then turned the oven down and let it have an extra 15 mins at the lower temp, all as the instructions said. When it came out, it really looked the part and when it was sitting cooling on the wire rack it started crackling which is a sign of a nice crispy crust. Ok, time to have breakfast.

Later in the morning we deemed it to be cool enough and I cut the traditional slice from the fat end, spread it with butter and halved it between us. It was the best so far. Still a bit heavy at the bottom, but a definite improvement on what had gone before.

It had turned into a beautiful day, but neither of us really wanted to go anywhere. The roads would be mobbed on this the first really hot day of the year and we didn’t want to spend it sitting in a traffic jam so Scamp sat and read for a while and I completed two days worth of Sudoku while the sun shone in through the open window. Part of Buddhist meditation is called ‘just sitting’ and that’s what we were doing.

However, things were needing done and Scamp went off to plant out her sweet peas while I fiddled with the computer. Then we decided to go our for a light lunch, so we drove to Robroyston and had reasonable Costa coffee. Better than burnt water, but not as good as mine or Nero’s. Went in to Glasgow and got a bluetooth mouse for the new Linx. Got it home and it kept making the ‘puter crash. It worked on the Mac, but everything does, it was just the Windows 10 PCs that crashed. Gave up and went outside to have a glass of vino with Scamp sitting in the back garden in the sun. That’s where I saw today’s PoD. I can’t remember the name of the plant but it simply takes over the border by the back door. Dies down to nothing in the winter then sprouts up merrily the next spring. My mum called it Spirea, but that’s not its real name. Anyway, a macro shot of one of the sprouting buds made PoD.

Finally found a solution to the bluetooth problem. You just find the bluetooth radio in Device Manager and go to power options and set it to not shut down the radio. Just unticking the box does it. Simple.
<That note was for me for the next time I have the problem. I’ll remember that I wrote it down here … I hope!>

Dinner was a fish supper from the chip shop in Condorrat. Delicious, but I’m suffering for it now.