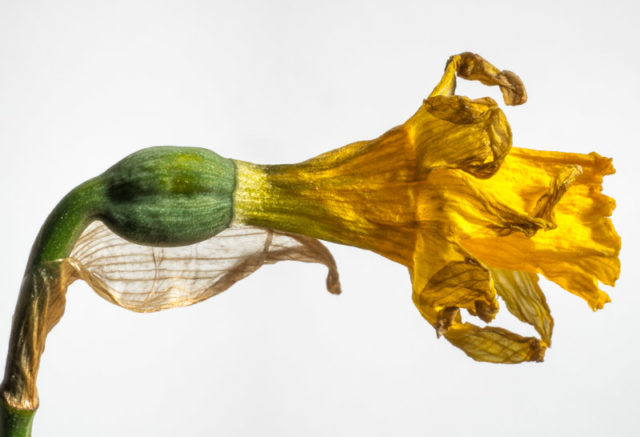 Good heavens, I was up before 8am today!

Haven’t been able to say that since, ooh, a long, long time ago.

The reason we were up so early, was to get the delivery from Reykjavík or to be more precise, Iceland. It actually arrived just after 9am right in the middle of the stated delivery window. Lots of bags of food and stuff, but mainly food and this time there were only three missing items. Wonderful, although not so wonderful for Scamp because two of them were her’s.

After lunch (leek and potato soup) I was tempted to go for a walk to take some more photos with the Nikon, but a walk to inspect the growth in the front garden was enough to tell me that although the sun was warm coming in through the front window, the cold north east wind was stealing all that heat away, outside. Back inside I sketched the second of the Lockdown Library for Instagram. A set of sketches that will hopefully see out April and prepare me for EDiM which is only a couple of weeks away. Today’s painting was the orange bowl. It’s a lovely shape and a sturdy piece of ceramic. Bought for a fiver at an art class sale in Glasgow a few years ago. A bargain at the price and worth an awful lot more. As often happens with sketches, the ‘rough’ was so much better than the redrawn and recoloured ‘finished’ painting. However, it’s done and posted and available for perusal on Instagram. Text me if you want my Instagram name, but I’m sure a few of you can guess it.

I finally settled on a photo of the wilting miniature daffodils that have been gracing the front step. I tried an outside one, but the wind was causing havoc with them and I finally attempted a ’studio’ shot inside. The Nikon just wouldn’t play the game and finally I gave up and went back to the E-M1 which produced the goods again. I think it may be time to part company with the Nikon soon. Don’t know if it will be replaced or not.

Well, that was a lazy day, despite being up early. Tomorrow the only thing we have planned is a bit of jive practise some time during the day and maybe a walk as the weather is to be a bit milder, so they say.