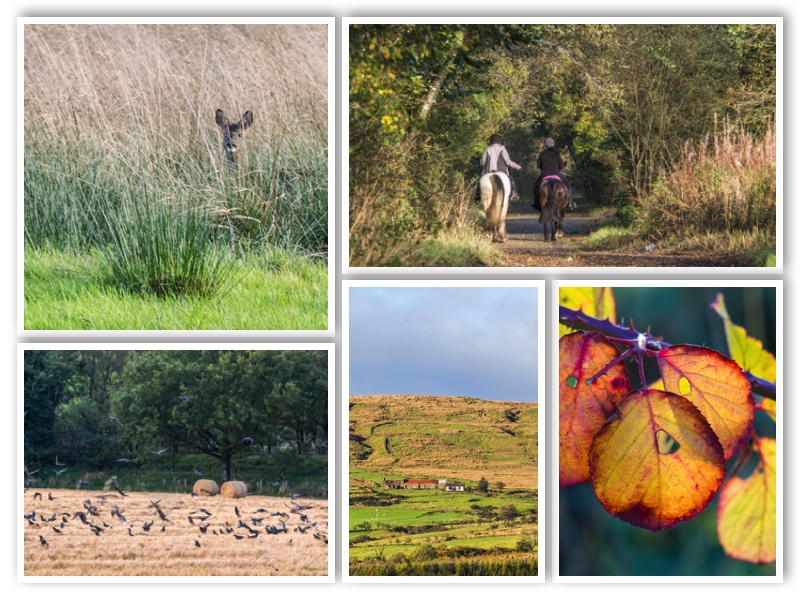 This morning we drove to Linlithgow to get some fish. It was either Linlithgow (which has an actual fishmongers) or Morrisons in Falkirk (which has a good fish counter – no, he doesn’t actually count the little fishes, it’s not that sort of counter). We opted for Linlithgow because it’s quite scenic, if a little twee and I might just find something to photograph. It was a bad move.

I’d forgotten that Linlithgow actually welcomes people to park cars, vans and lorries at the side of the narrow road. It also encourages farmers to drive their massive pumped up tractors and slurry tanks at full legal tilt down the congested main street. Today, just to confuse the unwary and annoy me in particular, they also decided to start roadworks at the three way roundabout at the end of the town with three way traffic lights to raise the blood pressure of all and sundry. This meant a crawl behind a snaking caterpillar (is that mixed metaphors?) of cars, vans and buses through this historic town. We did eventually get to the carpark and the fishmongers and get the fish, but I couldn’t be bothered going to get some photos and end up getting mired in more traffic chaos to get back out of the town. I wanted to get the dinner on by about 5pm and it was already after 1pm. I wasn’t sure we’d get out of the congestion by 5. As it happened, the traffic heading west was easy peasy and we scooted home in double quick time.

When I took the shopping bag with the fish out of the boot there was a decidedly fishy smell coming from it, but hey, there WERE fish in the bag, what do you expect. It wasn’t until we were unloading the shopping bag that we noticed a few of the individual bags were leaking fishy juices into the shopper. Oops, straight into the washing machine with that then.

Since we’d made such good time coming home, I thought I’d take myself off for a walk before dinner and I’d drive down to Auchinstarry for a change. Dumped my camera bag in the boot – fishy smell still there, and off I went. Got to Auchinstarry and while retrieving my camera bag I spied the culprit. The lining of my lightweight rainproof jacket was soaked with fishy goodness. That explained the smell. Hmm, straight into the washing machine with that too when I get back. 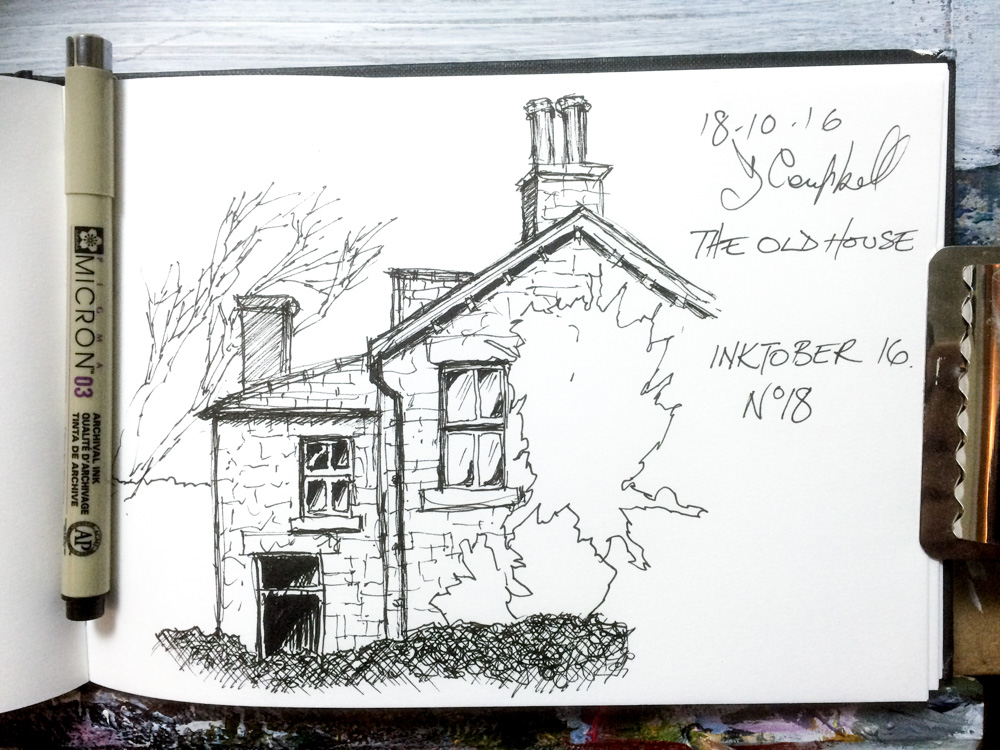 Today’s Inktober is an old house near the railway walk. In real life, it’s gloomier than this sketch shows, but it’s a fair representation of this old and rather sinister looking house.  It sits behind a wood and from the path you are looking through the trees at it.  I only managed a quick, twenty minute max, sketch before the midgies really got to me and I had to move on.

So, back to the house and dump that waterproof jacket in the washing machine. Thankfully it’s made of nylon, so I’m hoping:

PS To those who didn’t get the photos, but presumably have them now, the WiFi died last night and didn’t come on again until this morning.  Virgin Media apologises for the lack of connectivity – Aye Right!