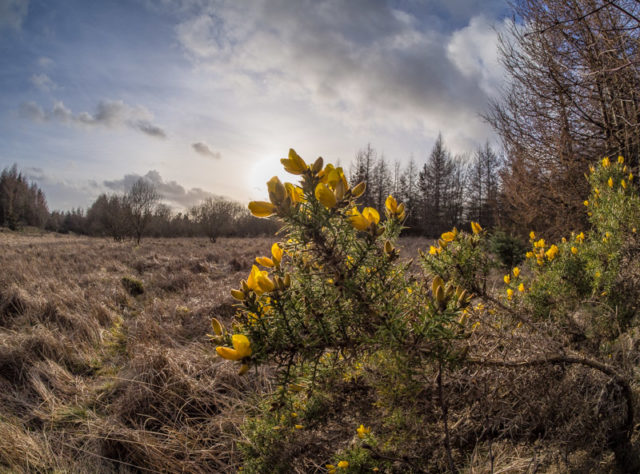 We were up and about early this morning to make sure Jackie got her taxi on time to take her in to Glasgow.

<Just_a_little_bit_of_Technospeak>
After our visitor had left I settled down to a relaxing hour of Sudoku wrangling while Scamp played Spider on her tablet. While I was sudoku solving I got the idea that I should maybe try putting Linux into the old Linx tablet. Maybe that would stop the continuous annoying demands that I update Windows 10 on it. I needed to download the Linux file on a PC, which was when I discovered that the modem driver on the Linux was screwed. In fact it was so seriously screwed that Windows couldn’t fix it. What it did tell me was to go online and search for a solution there. That would be difficult with no internet connection because of the fault. Eventually I gave up and just restored the entire OS from a backup. Long story – short, I wasted the entire morning fixing Windows problems and didn’t even get the Linux installed. Maybe tomorrow?!
</Just_a_little_bit_of_Technospeak>

Drove out to The Smiddy for lunch. Mac ’n’ Cheese for Scamp and Chicken, Chorizo, Tomato and Beans for me. Bought a chump chop (lamb) which might possibly be tomorrow’s dinner for me and also a chunk of Blue Murder cheese which is a very nice blue cheese. Didn’t buy the aptly named “Minger” cheese which tasted just as it’s name would suggest. Drove home through the wild winds, driving sleet and blinding sunshine! Welcome to Scotland!

When we got home the rain and sleet halted, but the winds and the sunshine persisted, so I grabbed my boots and went for a walk in St Mo’s looking for a decent picture. I think I got one and that’s it at the top of the page. The tree that was swaying dangerously in the wind the other day was still there, still swaying. Bumped into Susan Greenshields on my way home and she was as grumpy as ever. Nice to see that some things and some people never change.

Made some more pakora in the evening and it tasted quite good again, but still needed something else. Don’t know what. Had another half hearted try at the Linux thing later and eventually found that it can’t be done. Something about a 64 bit processor and a 32bit BIOS that isn’t really a BIOS, but an EFI. It’s an EFFING pain in the arse if you ask me.

Tomorrow snow is forecast, so we won’t be going far.