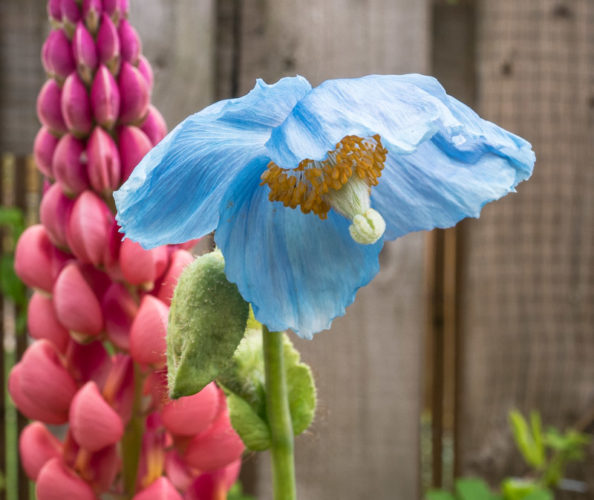 This was going to be a day in the garden.

After lunch, Scamp was out first potting up her lavender and a lemon balm using the new potting tray. I was sitting in the sun, sketching cars to catch up with yesterday’s prompt. Today’s prompt wasn’t going to be possible because it was ‘Something Architectural’ and architecture is not a strong point in Cumbersheugh, but I knew I’d think up something.

Later in the afternoon it was my turn to use the new tray. It’s really just a big bit of grey plastic with a short lip on three sides and a bigger lip at the back. However it does a great job of keeping the place tidy. I used it to mix up some potting compost from some John Innes compost and some sharp sand, then I repotted almost all of the chilli plants. Some were really needing a bit more root room and some just looked a bit under the weather, so some fresh compost will hopefully help both lots. Also planted two rows of carrots. One row of normal carrots and one of stump roots. Also planted out some leeks we’d bought last week and kale that I’d grown from seed. Scamp planted the chard we got last week in a pot. I think the raised bed is full now with peas, carrots, leeks and kale. Put down some slug prevention wool pellets too.

Sat in the garden for a while afterwards just to take in some rays and plan our next moves in the tiny green space we call a garden. It also gave us a chance to appraise our successes and discuss our failures, few though they are. Then the clouds gathered and we went inside to make the dinner.

I make it sound as if I was a participant in preparing dinner, but really it was Scamp who did all the work. She had also made Poached Pears with Yoghurt Icecream which was our pudding. Main for her was Salmon with the usual veg and I had a Beef, Cheese and Garlic Truffle, a bit like a posh burger, but much, much tastier. Got it from the local butcher and I will certainly go back for more to be put in the freezer. Pudding was just as good as it usually is. This must be one of Scamp’s signature dishes, to use the phrase of the moment. I baked some bread, but we are still to taste it. Will report back tomorrow if I remember.

Spoke to JIC later and discussed the lockdown from his point of view, the problem of squirrels in his garden and Covid-19.

PoD was my meconopsis which has just flowered properly with a few buds in reserve for later in the week perhaps. You might be able to see today’s sketches on Instagram later, but they won’t be available here, or on Flickr. Not that good I’m afraid.

Weather looks like it will be warm again before it deteriorates later in the week.