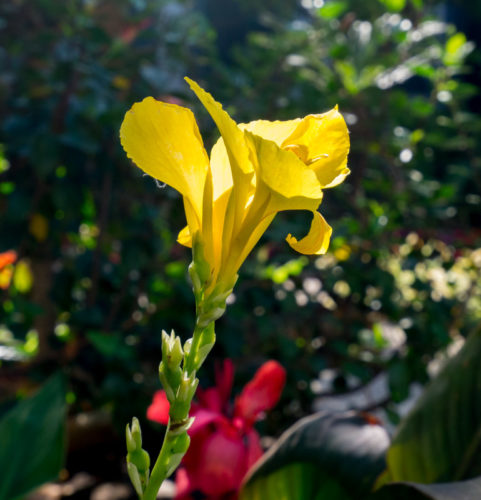 Today we were at Gibraltar. That little corner of a foreign land that is forever England. Not Britain, England.

Today was a short stop. We arrived at 8am and after being told for the umpteenth time not to carry anything on board “for the benefit of a stranger” (why use one word when ten would do?) we were ok to go looking for cheap booze and fags. There’s not a lot more to Gibraltar than that.

Other than that, there used to be the Almeda Gardens, but the last time we went there the gardens were in a sorry state and looking the worse for wear. It used to be good fun for me watching the coming and going of the airies at the airport, especially the scary Tornados, but they’re all gone now and it’s just the occasional commercial flight that lands or takes off, so no fun today.

We got off fairly early and walked up the Main Street populated with well known UK high street shops, the aforementioned cheapo photography and computer shops and the rest are tax-free jewellery or tourist places. Scamp got a new piece for her Pandora bracelet in the shape of a dragonfly. How neat is that. She was quite taken by it and so, I must admit was I. That doesn’t mean I’m thinking about getting a Pandora bracelet any time soon.

Stopped at a street side cafe for a slice of apple pie and a coffee. I won’t tell you how much they cost, but it was extortionate. Very nice apple pie though. We bought two cards and posted them and then went back to the ship.

We went for a swim in the inside/outside pool to avoid the Great British Sailaway. One man a few nights ago was trying to get the other people at the table excited about it, telling us that “… then the bunting comes out and we have a right good singsong.” Sorry mate, allergic to bunting and don’t do singsongs. Some of these english are so easy pleased. Give them a flag and some songs their granny sang and they’re happy as a sandboy, whatever a sandboy is.

Dinner tonight was with two of the most boring couples we’ve been with. They seemed frightened to speak to us because we were obviously not english. They droned on all meal about weather, sailing and driving. Driving us away.

Highlights of the day were the flowers in the garden of the court house and the cheap booze and fags.