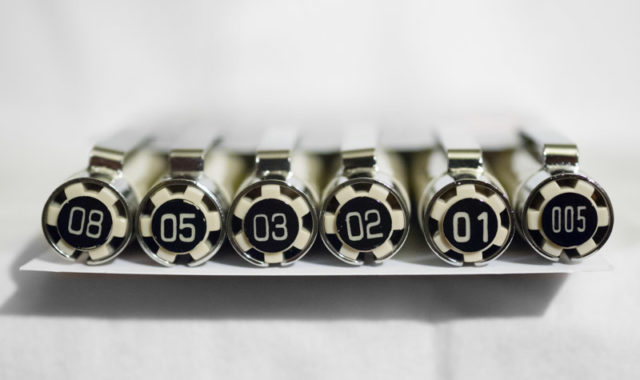 And most of today too.

It was one of those days that entice you out with the promise of sunshine and the unwary will venture out and end up soaked. The more circumspect will notice that there is a fine drizzle sparkling through the sunshine and wait for it to clear completely. For most of the day we were in that second group, then we made an excuse, any excuse, went out and got wet. There, that more or less sums up the day.

Spoke to Hazy in the morning and then she phoned back to sort out a couple of iPhone problems for me. It’s great to have an expert on hand for just those niggling problems. After a puzzling hour Scamp and I finally managed to get my calendar and hers to speak to each other. You would think that in this day and age of technical wizardry, something as simple as sharing a calendar would be easy peasy, but it’s not. But then it’s associated with emails and it’s well known that emails and printers are the biggest nuisances in computing, other than trying to install Linux in a Linx computer that its, but that’s another story.

Here is that other story. I have a Linx 12×64, 2 in 1 laptop. It works fairly well, but it’s saddled with the despicable Windows 10 OS. It forever wants to “Get me back on track”. I don’t want to get back on track, I just want it to do what it’s told. That’s when I thought it might be a good idea to install Linux. Linux for those of you who have never heard of it is a free (as in free beer and free speech) operating system that runs on a UNIX base, much like a Mac. It’s a bit geeky, Val uses it, so it’s a lot geeky and the two of us are now competing to get it to run on our 12x64s. He’s almost there and I thought I was today until the screen on Elementary OS closed down every 15 seconds, no matter what I did to try to stop it. The challenge still continues and I’ll have another go tonight. I thought I’d broken the Linx last night when it ended up in no man’s land with no OS at all. No Linux and no Windows. Then I crossed my fingers and used Macrium to restore a backup of Windows and it rose from the dead again. I’m trying to keep this light with very little technospeak for JIC’s benefit, so I won’t explain my big mistake that led to that little problem. Suffice to say I won’t do it again … until the next time it sounds like a good idea.

Eventually Scamp harrumphed and said it was time to go out and get wet. We walked down to the new shops in the almost dry, got our messages and came home in the rain, just solid, straight down, rain. We knew we’d get wet and were dressed for it, so that was fine.

PoD tonight was taken, hand held with the pens sitting on a couple of tissues with another couple behind to hide the mess on the coffee table. I quite liked it.

Today’s blog title came from a Tom Paxton song, by the way “The Things I Notice Now”.

Tomorrow it’s Gems and I’m hoping to go out for a while, rain or shine.