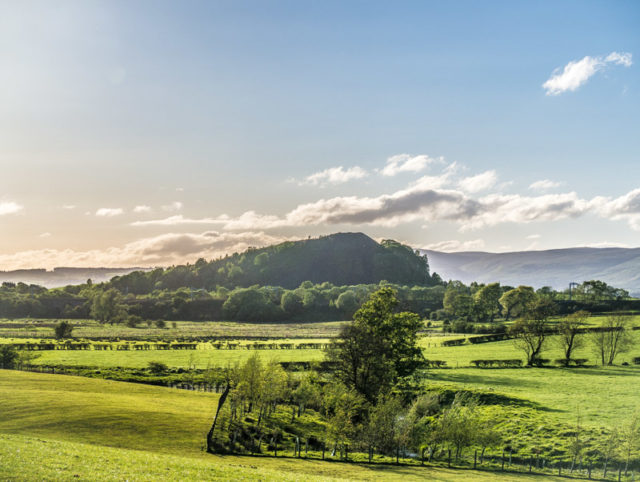 Although there were torrential rain showers today, for the most part the sun shone.

Drove to Falkirk to speak to our FA, and the news was good. To celebrate, we went to Vecchia Bologna for lunch, but that’s when things started to slide. Starter of Caprese Salad was great with the addition of Parma ham just to make it special, but the mains were nothing to write home about. Scamp’s Spaghetti dello Chef was overloaded with pasta and my Pasta del Contadia was heavy and overcooked. For once we left without having coffee and, after conferring, decided we won’t be back for a while. Driving home was when the torrential rain appeared and even with the wipers on double speed the windscreen wasn’t clearing very well.

Got home to find that the cabin we’d booked for the cruise was on the promenade deck. Not exactly a clear view, but better than having a lifeboat hanging outside your window, I suppose. Not all that impressed with Ramsay Travel’s handling of the booking, but it’ll have to do, I suppose 😉

Went out for a drive to get some tablet ice cream later because the sun was shining and it looked like a beautiful evening. It was, but the cafe was closed so we had to make do with Tesco ice cream when we got home. The silver lining was that I got the landscape photo from the backroad from Moodiesburn to Cumbersheugh. More garden photos on Flickr.

Weather is supposed to be better tomorrow. Just as long as the rain isn’t torrential.