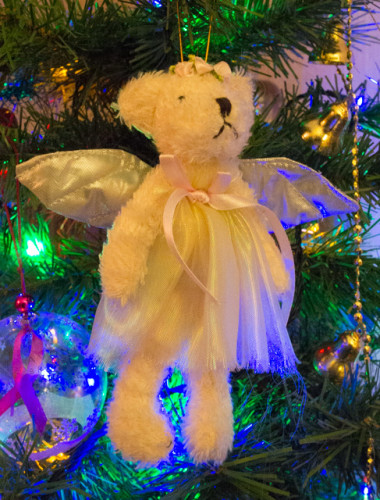 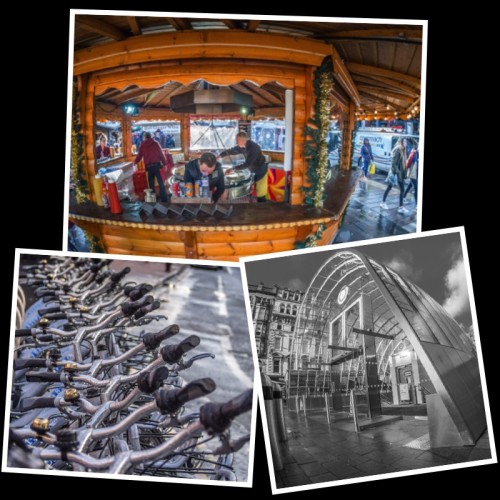 The last day of November!  It started with rain, as have most of the days recently.  I had a full agenda today with a trip to Glasgow quite prominent.  I’d decided to go on the bus, thereby saving money since I had all day to go, shop and come back before dinner time.  Scamp was out with Gems singing in the afternoon, so the day was my own.  I wrapped up well and headed off to the bus stop, then remembered that the timetable changed earlier this month and I was now five minutes late for the bus.  Did I dare try to become one of the 700 who daily park at the station, or did I drive in to Glasgow, park in the exorbitant Concert Hall carpark and pay a king’s ransom for the privilege?  A dilemma.  I opted for the train.  Hey, it’s Monday.  Some folk will probably be having a long weekend and not going to work, so the carpark won’t be crammed full with people parking on the verges, in the turning circles and in the flower beds.  Strangely, for once, that’s exactly what happened.  Hunners of spaces.  Well maybe not hunners, but enough.  I got a space easily.  Even better, I got my ticket walked on to the platform and the train appeared.  As if by magic.  Sometimes things just happen for you.

By the time I got to Glasgow the sun had come out, the rain had stopped and the day was looking good.  Dandered through ‘The Toon’ and got what I was looking for, just the essentials.  I also saw some things that I’d like, like a new SSD (not to be confused with an S T D which is a totally different thing … or so I’m told) for the Mac.  Shh, don’t tell The Mac, it’s meant to be a surprise.  It might be its Chrissy Prezzy.  I saw a Sandisk 480GB one for £99 in Maplin and almost bought it, but decided to check on-line to see what price I could get it for there and to read some reviews.  As I thought, Amazon had one for £73.  Same make and same model.  It’s now on the shopping list, along with a new battery for the same unibody device.

In Glasgow I wandered around St Enoch’s Christmas Market.  How much longer will we be able to say ‘Christmas‘ without breaking some EEC law?  It’s ludicrous that we have to change our traditional names because we’re frightened of upsetting some group or other.  Moves are already afoot to change Easter holidays to Spring holidays because it offends some religious groups.  Doesn’t ‘Spring’ holiday offend Wiccans and Neopagans or some other nature loving group?  You can’t win.  Just leave it as it is and if other groups don’t like the word, then they don’t have to use it.  Simples!

Got some photos in and around the St Enoch area.  I’ve been watching the light on the new underground station there and the way it contrasts to the old St Enoch building with the clock tower.  Most impressed with the steel and glass structure.

Quick cup of coffee and a granola from Laboratorio Espresso and got the train home.  Overall a good day, greatly helped by the unexpected ease of parking at the station and by the glorious sunshine.  The down side was having to scrape the windscreen of the car before going out to Salsa tonight.  Oh well, you can’t have it both ways.  I much prefer the clean cold to the miserable rain. 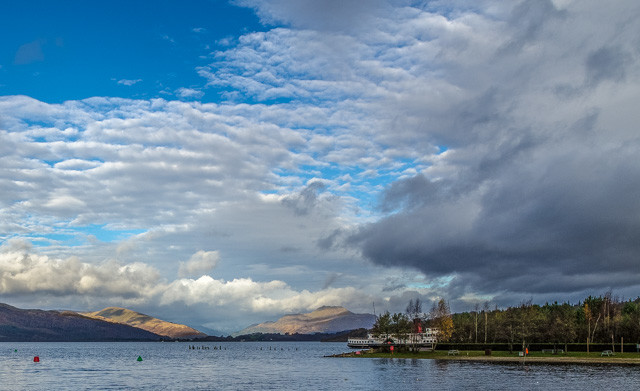