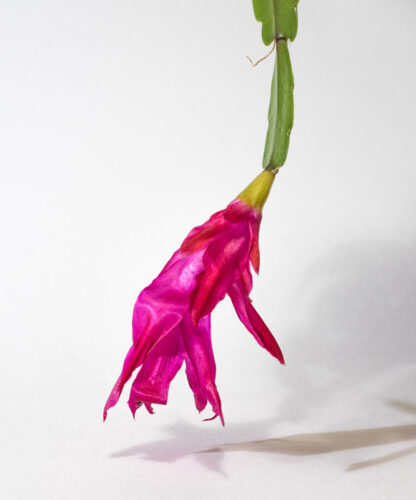 One step on the scales told me the feast was over.

Two kilograms heavier than the last time I stood on the scales catalogs the amount I’ve eaten and drunk in the last two or three weeks. It has to stop and it has to stop tonight. One more day of debauchery, then it’s back to sackcloth and ashes, or as my dad used to say “Auld claes and purrich.” I already have the ‘purrich’ (porridge) for breakfast every second day. Now it will have to be every day until that extra 2kg has been removed. Oh well, it was good while it lasted.

It was also a day with a return to rain instead of ice and snow and what a relief that was. I did go out for a walk without the Yak Trax and although there were patches of slippery ice, there were a lot more areas of black tarmac that gave a good grip to my boots. I walked round the back of St Mo’s and down to the shops, hoping to see some deer behind the school, but they were somewhere else today. Maybe joining yesterday’s ducks on a trip to a warm place. I did spot Mr Grey hunched in a tree looking as disgruntled as I was. I took his photo then left him to his lofty isolation.

I was heading to the shops for today’s dinner and also some lemons. Scamp had given me the makings of a bottle of Limoncello, but a couple of the lemons had turned musty in the week since the parcel had been opened. So, I was looking for three or four unwaxed lemons, a chicken and some potatoes, plus a carton of milk. It was a heavy bag to lug up the hill to the house, but at least I had managed to get a photo of Mr Grey that might make a PoD.

Back home I prepared the chicken as per Scamp’s instructions and that gave me enough time check the photos. None of them looked like a PoD, in fact very few of them realistically would make the cull. I had just enough time left to set up a tabletop of a Christmas Cactus upstairs in the photo room. It’s amazing how easy it is to produce a white backdrop with a drawing board on an old card table as a base. A piece of hardboard clamped to the card table frame with cheap plastic clips and an A1 sheet of cartridge paper to give the shadowless backdrop. Five minutes work if all the things are to hand.

Just in time I finished and went down to check the chicken and put the veg into a roasting tray beneath it. Scamp checked the chicken and said it was looking good and needed about another hour. Plenty time to take the shots. They looked fine. Heavy tripod, low ISO and deep depth of field. All photogs words that mean it was going to be a fine grained image with plenty of detail. Mr Grey would need to be ready for his closeup another day.

Soup as starter. Chicken was great. Beautifully cooked, even if I say so myself. One glass of wine each and no pudding. We watched the second half of Jools Holland’s Hootenanny with a 2016 performance of ‘Tilted’ by Christine and the Queens, followed by a 2021 duet with Jools and Rick Wakeman on nested grand pianos. Brilliant!

Spoke to JIC for a while after that.  We weren’t really expecting the call, but it was welcome as usual.  Good to hear that all is well down Cambridge way.

Tomorrow, it’s Auld Claes and Purrich. Hopefully with a walk thrown in for good measure.