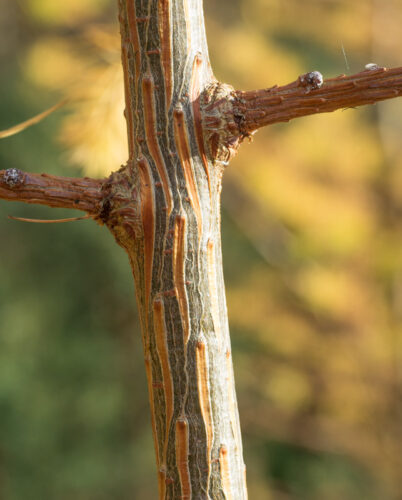 Blue sky looking out the front window but really black at the back.

We decided to wait it out and see if the blue sky or the black clouds would win. Eventually the blues did win the day, but it was lunchtime by then and we stopped our cloudgazing to have a Bruschetta each for lunch. Sounds very posh, but the bread was going stale but would make good toast and the wee tomatoes were just past their sell-by date. A good way to use them up. Full marks to Scamp.

After lunch Scamp decided to make a chicken curry for dinner in the slow cooker and headed off to the shops to get a couple of chicken legs. I gathered my camera gear together and took a walk over to St Mo’s. Today I was mixing my cameras. I had my Oly with a macro lens and the Sony with the kit lens. I was fairly sure the Sony would produce the best landscape shot, and I wasn’t wrong. But I was equally sure the Oly would produce the best macro and again I backed the right horse. In fact, the Oly won the day with PoD going to a conifer trunk with a pattern looking like the flatworms from MC Escher’s lithographs. Google “Escher Flatworms” to see what I mean. I think the tree was a Larch because it was starting to shed its needles.

Back home the chicken curry was beginning to scent the air in the living room, because the great thing about slow cookers is they’re portable. You can plug them in anywhere there’s a power socket and they’ll do their job as well as sitting on the kitchen counter.

For a while we watched the antics of a couple of 70-somethings arguing about who won and I thought: Would I really want either of them to run my country? Boris is a bumbler, but these two are zoomers.

Tonight was Guy Fawkes Night, but since he was a bit of a terrorist and it’s not the done thing to glorify terrorists, the celebration has been renamed Bonfire Night.  That’s what we used to call it anyway, so it’s obviously the right name.  Although we didn’t have an official fireworks display this year, or maybe because we didn’t, there were loads of rockets flying through the air and explosions all around us.  Certainly one of the noisiest Bonfire Nights for many years.

Tomorrow we go out for lunch, but still stay within the boundaries of North Lanarkshire.

The Chicken Curry? Of course it was beautiful. Tasted as good as it smelled!