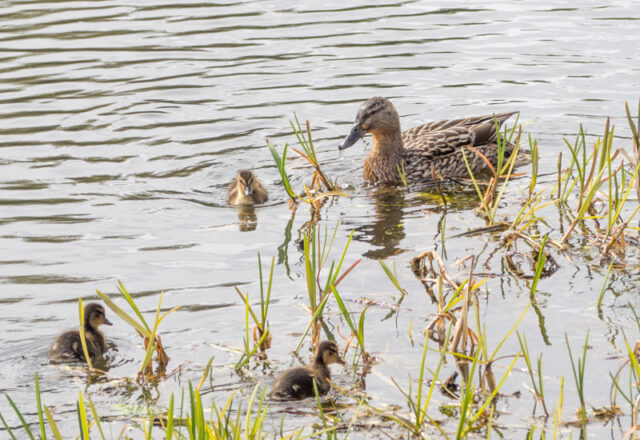 Today started wet, but with the promise of better things to come shortly.

For once the weather fairies got it right. By about 10.30, the weather was improving and the rain had stopped. We drove down to Auchinstarry and got parked right away. We walked along the Forth & Clyde canal to Twechar. Along the way we saw Mrs Mallard out for a swim with the chicks and further along we found a grey heron stalking its prey on the far side of the canal. Mrs Mallard and the young yins got PoD for obvious cuteness reasons. The heron almost made it to PoD but then it plunged its beak into the shallows and came up empty. You could almost hear it say “Damn and Blast” or something of that order! If it had caught a minnow or a little perch I might have made the capture PoD, but it didn’t, so PoD went to the Cute Family.

Walked back along the old railway and found that the ongoing works to improve the burn and the paths had forced the closure of one of the main paths. It had been open the last time we walked along there, but not now. Work was supposed to be complete by January 2021, but perhaps rain stopped work or Covid 19 reduced the workforce or … (Fill in a suitable, but not necessarily believable third reason). There wasn’t much to see on the way back and the rain we’d been avoiding was being blown in from the west, so I didn’t waste too much time. Light on the hills was not as good as it could have been because of the clouds advancing with the rain.

Home via Croy and then on to Tesco. I did wonder how sensible it was driving a blue car through Croy, but it was uneventful today. Loaded up with mainly bread, milk and fruit at Tesco and then home for lunch. 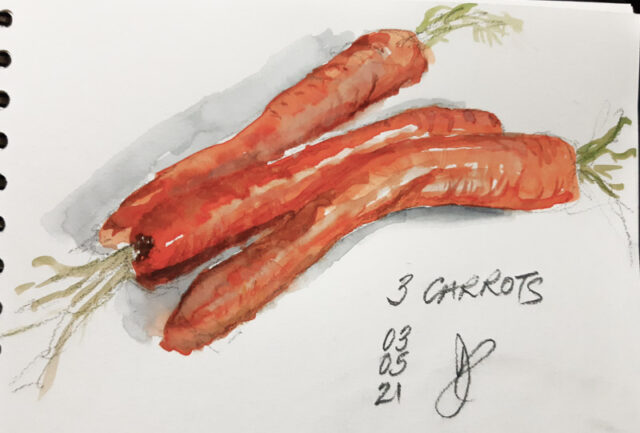 In the afternoon I completed today’s painting which was Dewberries. No, I hadn’t heard of them either, but they fitted with day four of EDiM and it was either that or a Star Wars themed sketch for “May the Fourth be with you” day. Both the Dewberries and yesterday’s Carrots are now on Flickr. 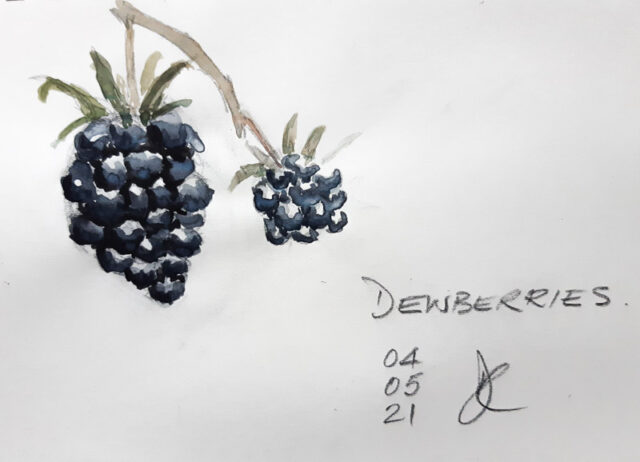 Tied up my peas to encourage them to climb up the netting of the frame for the raised bed. Also swathed the rosemary bush because sub zero temperatures are forecast for tonight. My Dodecatheon or Shooting Star plant was also needing staking because of the cold east wind that had appeared in the afternoon. Replaced one of the pea plants which had got broken, probably by wind damage, but tying them back to the netting should prevent any more accidents.

That was about it for today. Tomorrow Scamp is out for coffee with June in the morning and I’m hoping to get some painting done for letter E.