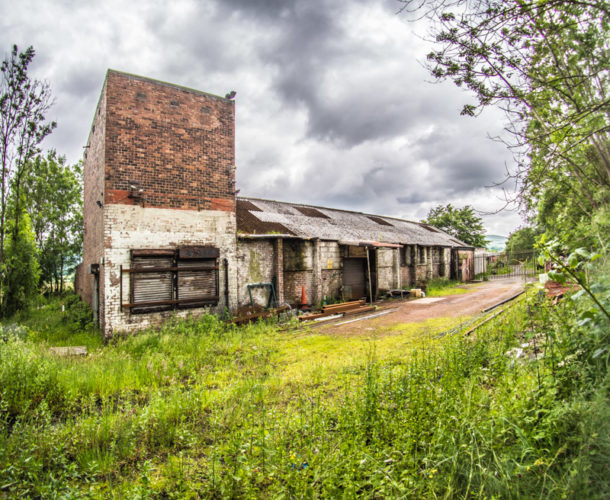 This morning, I was swearing at the WiFi extender. It had to happen.

The WiFi extender was glowing green this morning and that means it’s in the perfect place. Not too near the modem/router and not too far away. The green glow lasted until I opened my first web page, then I got the ‘No Internet’ message. Either I’d broken the Internet or the green glow had turned to a red one. Thankfully it was the second one. It’s been a long time since I’ve broken the Internet and the problem is that you can’t just go on the Internet to find out how to fix it, because you’ve broken the Internet. See? Thankfully all that was needed was for the extender to be put in another place, closer to the modem and it worked. Internet restored to full health, I went to the gym.

I thought I was having a hard time with my recumbent bike, treadmill and various weight machines, but there was one poor bloke much worse off than me. He had a Personal Trainer shouting instructions and ‘encouragement’ at him while he lifted kettle bells, bar bells and even played at making waves with a big heavy rope. We used to call it making ‘snakes’ when the kids were wee. I say ‘playing’, but there seemed to be very little enjoyment in this exercise. Once I’d done my half hour or so, I left them to it and drove home for a shower. I was just loading the boot when I noticed my extra passenger hiding behind the aerial. A spider had found a nice wee shelter and had presumably come all the way from home tucked away from the wind. Pic on Flickr. 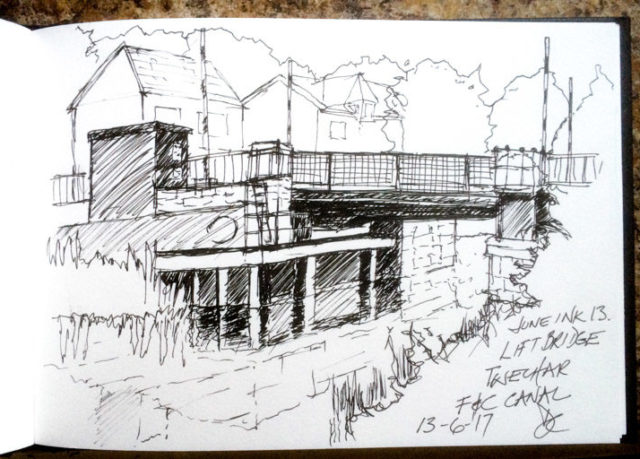 After lunch, Scamp was off to have coffee with Isobel and I was going for a walk in the sunshine. Drove down to Auchinstarry and walked along the canal, intending to cross through the Plantation and on to the Railway path, but it was so nice and warm beside the canal that I just kept on going. About half a mile later, the rain started and from then on, it was on and off all the way. Didn’t see any kingfishers, but the swallows kept me entertained with their aerial gymnastics and one of Mr Grey’s cousins posed for a close-up. Stopped at Twechar to sketch the lift bridge that opens once, maybe twice a year. Such a waste of money.  Interesting though and the first real Urban sketch for ages.

Across the road there is an old garage, boarded up and dilapidated and ripe for a bit of fisheye magic and some HDR. After a bit of fiddling, that’s what happened.  You can see the results above..

Walked back in the rain and Scamp made dinner which was a fish fingers salad using our own spinach and lettuce. Good to use stuff we’ve grown ourselves again.

Tomorrow I got to see the doc to get the results of my blood test. Going fairly early so I can enjoy the rest of the day.