Off to the Toon 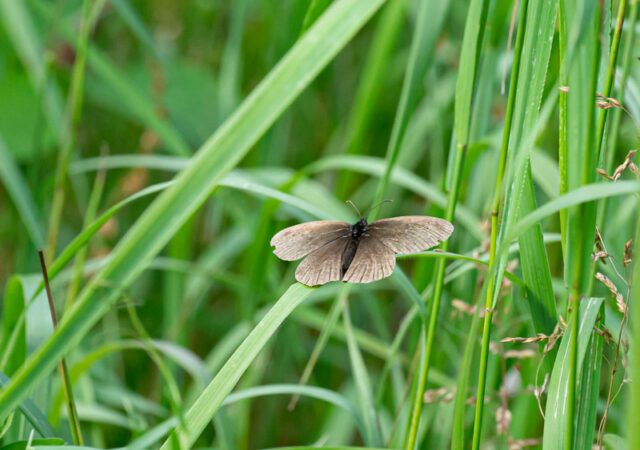 We drove in to Buchanan Galleries this morning and got parked on level 3. Until Covid-19 made home working the norm and commuting a thing of the past, parking anywhere below level 5 would have been impossible. Today it’s become just a normal occurrence.

We walked up a busy Sausage Roll Street (real name Sauchiehall Street). I went left to get my hair cut and Scamp continued on to look for a dress shop. While I was waiting for the sole barber to finish the bloke in the chair, I noticed Scamp outside. I wondered what could be wrong, but it turned out that the shop no longer existed. Like so many it had become a victim of the same change in ways of working that allowed parking on level three of the car park. It is down to insufficient footfall. The barber, when he was cutting my hair said the same thing. He finished cutting my hair around 12.30 and I had been the second customer that day.

I wanted to have a look in a charity shop that used to specialise in cameras and lenses, but I think they are just starting to get back on their feet after the stramash of the last year and a half. They didn’t seem to have anything to interest me. We walked down to Argyle Street and for coffee and a bite to eat in Cafe Nero. Then it was on to Queen Street where Scamp wanted to visit Next and I didn’t. I did wander into and out of Cass Art. Nothing much to interest me there. However I noticed a shoe style that Scamp likes in Shuropody next door. Managed to catch her as she was walking past and she got a new pair of shoes that she wears about the house like slippers! We went home. 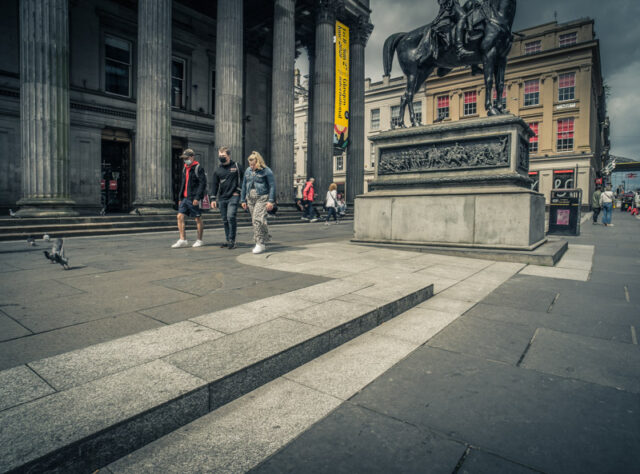 The day had improved greatly since we left the house and when we returned, Scamp set to, to rake up the leaves from next door’s tree. It might be in Angela’s garden, but it will always be referred to as Betty’s tree, Betty being the previous tenant. I got my, now manky, shorts on (retrieved from the washing basket!) and took my Sony with the Sigma lens for a walk in St Mo’s. I took lots of photos, but really wasn’t all that impressed with the results. The PoD went to a picture of another battered and bruised butterfly. This one was a Ringlet. Second favourite was this one, taken outside the GOMA on Queen Street.

Dinner tonight was Pasta with Pesto. Too much garlic in the pesto and maybe a mixture of leaves is better than just basil. I’ll try to remember that next time.

We watched the first University Challenge of the new series and saw Glasgow Uni soundly beaten by some London mob. Really, they both were thick! I think I answered almost as many questions as either team. I don’t think the London mob will go far.

Not a bad day. Scamp came home from The Town with a new dress and a new pair of shoes. I came home with a new haircut. Number 3 on the side and back, Number 4 on top. Apparently that’s called Two Guards!