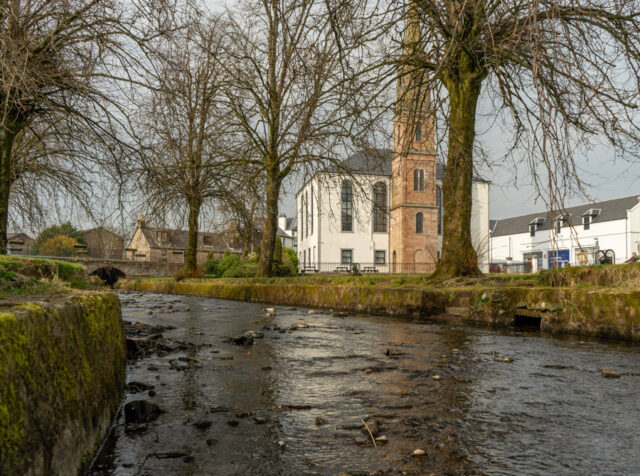 We went to Larky, but Millheugh was shut, locked and bolted.

Scamp was out in the morning to meet Shona for coffee and I was feeling a bit down. The sun had forgotten to get up today and it was grey skies all around. Then I told myself to get up off my backside, put my old boots on and get out into the garden and start by chopping down the kale.

The kale is past its best now and is beginning to shoot. It really needs to be cropped, chopped and frozen if we aren’t to lose it. That was the easy bit. The little leeks were next to go from the raised bed. For some reason they just never took off like they should have done. Maybe they weren’t fed enough, or the compost was exhausted, but it seemed to feed the kale without any problem. Whatever the reason, they were coming out today and going into the soup later. That almost cleared out the bed, but there was a little bunch of aqilegia that I’d sheughed in (dug a hole and shoved it in to be reclaimed later) last year some time. I dug it out, split it into two plants and repotted it.

I spread some of Scamp’s cure-all fertiliser, Fish, Blood and Bone over the bed and started to fork it in. That’s when I discovered that at least one edge board of the raised bet has rotted right through. It will have to be replaced, but I don’t think the rot has stopped there.

It was round about then, Scamp returned with a bag of rolls for lunch. Bacon roll for lunch for me. Roll ’n’ Cheese for Scamp. After lunch we got ready and drove to Larky to donate Scamp’s now redundant reading glasses to the opticians to go to folk who need them. I went to B&M to get some superglue to fix my old Flying Tiger specs. Then we drove down to Millheugh where the big grassy bank beside the Avon Water has been barricaded because of unexplained dangers I get the impression they barricades and signs aren’t all that official. No explanations why you can’t fish there either. That’s Larky for you. It’s a different world, beyond the law.

Since Millheugh was closed and the weather was improving, I thought we might drive to Stonehouse. Got there, but there wasn’t anything interesting to photograph, so we travelled on to Strathaven. Parked in the bit car park on the Park and went for a walk through what used to be a great park, and actually, it’s looking quite good again. Some work being done on sprucing up the flower beds. A brilliant mural on the gable end of the toilets. Obviously aimed at children with bright colours and things to find in the painting. I may post it on Flickr.

I was photographing the trees growing beside the Powmillon Burn when a man, about my age commented on the blossom on a fruit tree we’d just passed. He gave me directions to a place to photograph behind Strathaven Castle. We couldn’t go today, but I said I’d go back on a day with better lighting, and I meant it. Then the strangest thing happened, he told us that he’d been diagnosed with dementia. It’s one of those times when you don’t know what to reply. He said he had had the test but was quite dismissive about it. Neither of us thought he really believed it was true. I was right about his age. He was a year older than me. Also, he went to Larkhall Academy. In those days, children who went to Strathaven Academy would leave school after third year. Only a few came to Larkhall for fourth to sixth year. I would almost certainly have been there when he came to the Academy.

We drove home by a twisted, circuitous route that brought us back via Millheugh, then it was a straight road through Larky to the motorway and home. I made soup as I’d intended with the leeks and some kale with carrots, turnip and some lentils. It was really good. I was impressed, even if it was 7pm before we got to eat it with a roll each.

PoD was a shot of East Church House, now a hotel beside the Powmillon Burn. 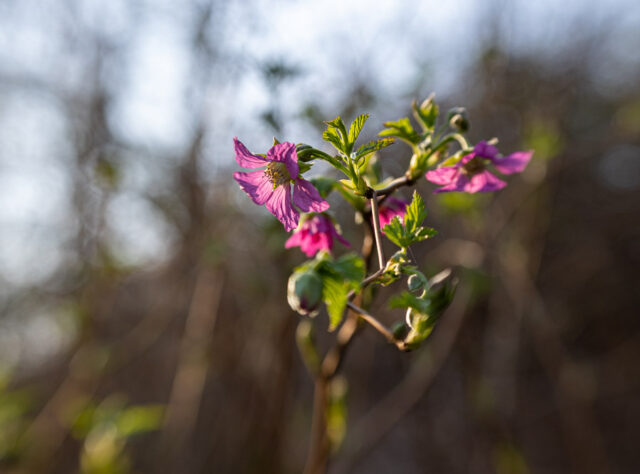 To see the optician.

Thankfully I didn’t need new glasses, in fact, the optician said that my long vision had improved since my last visit! I have no idea how that happened. Scamp did need new reading glasses, but she’s getting Transition glasses which darken in sunlight. I know they’ve been out for some time, but these new ones darken much quicker than the older ones I had once upon a time. Hers will probably more akin to the ones Zaphod Beeblebrox had that darkened when danger threatened! When we walked back out into the Larky sunshine I needed sunglasses because of the drops the optician put in my eyes. Trust us to both go on the brightest and warmest day of the year so far!

We sat in the car for a while until I deemed it safe for me to drive. To drive to Gouldings on Clydeside for lunch. Being Friday, it could only be Fish ’n’ Chips. For dessert we had an enormous double meringue with four flakes sticking out of it and a strawberry on top. Slightly over the top, but we shared the load of eating it!

After that it was back home for Scamp to try out her new compost scoop tool to help her to plant her new roses. The scoop has been a great success, the gardener reported and it hold a lot of earth. Meanwhile I took the Sony A7iii out for a walk in St Mo’s and PoD was one of a deep pink wild flower. Actually, I took a picture of a flower that looks exactly the same, a week earlier in 2021. That just shows two things:
1. Wild plants follow exact cycles every year.
2. I’m becoming very insular. Photographing in the same locality too often.

That was about it for today. Lovely sunny day again. Tomorrow we may go further afield.