Today I burned Ecto.  It is no more.  Spent almost an hour writing up this blog and when I published it, all that was published was the title.  Back in Ecto, the page was also totally blank.  Ecto is shite.  Last updated 5 years ago, the author isn’t interested in progressing it, just interested in making money.  I can’t believe I actually spent money on it.  I would not recommend it to anyone.  I’m now looking for another blog writer that actually works.  The best one I’ve found is made by Microsoft and won’t work on the Mac.  Such a pity. 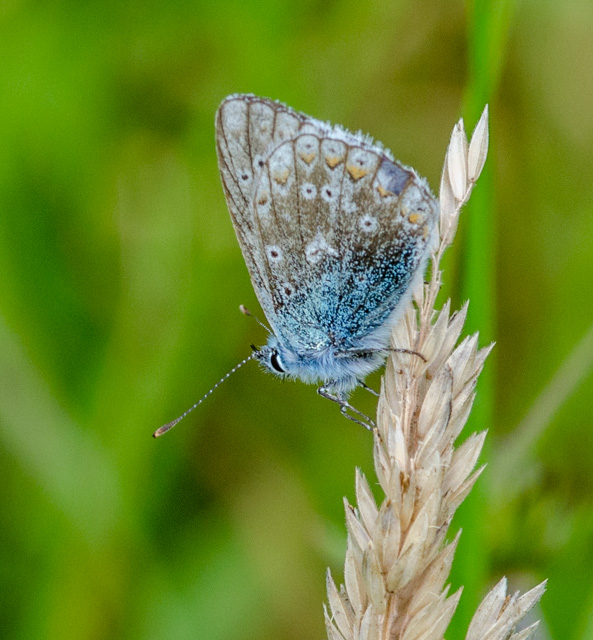 The day started well.  Not the brightest, but at least I got a painting done.

Went for a walk to Twechar along the railway and got some photos of a common blue butterfly.  Not much else worth photographing.  Came home and had a look at the Strawberry Vodka.  It will probably be ready to drink tomorrow.  This is the synopsis of the day which was going well until now.

Tomorrow is another day.

Another rainy day. Went to the gym and found that Windows was trying to shut down the computer at the gym. It looked remarkably like the shut down screen on Windows 95! Only 20 years out of date. Anyway, when Scamp went to the gym later in the morning, someone was trying to breathe some life into the old system and was hoping to get outside help to do so. Maybe the system will be running by the end of the year.

I felt like I was getting cabin fever today, so hitched the bike on to the carrier and drove to Auchinstarry for a wet, but warm run along the railway line past Dumbreck Marshes and on to the canal tow path. While I was there I watched some bees buzzing around the flowers. I thought it would be a good test of the high speed ‘motor drive’ on the E-PL5. I remember a few years ago I was in a group of photogs where there was a challenge among us to see who who would be the first to catch an insect on the wing. Lots of heavy duty technology was being used, but nobody got that shot. Today with a second hand Oly E-PL5 and a second hand Panasonic lens, I got the shot. I don’t suppose the wager still stands. 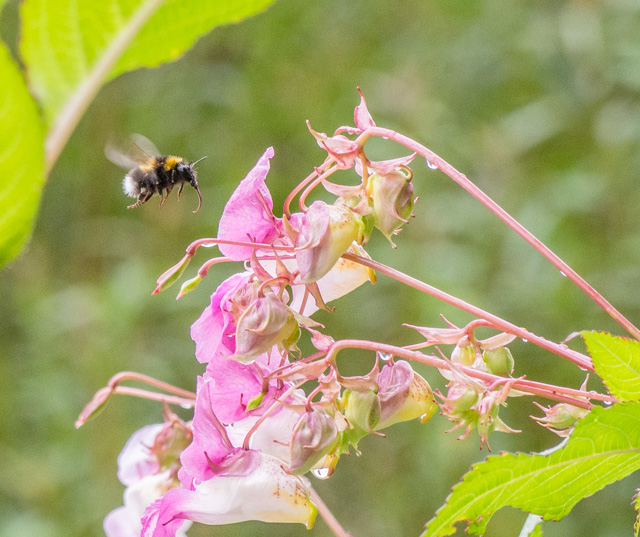 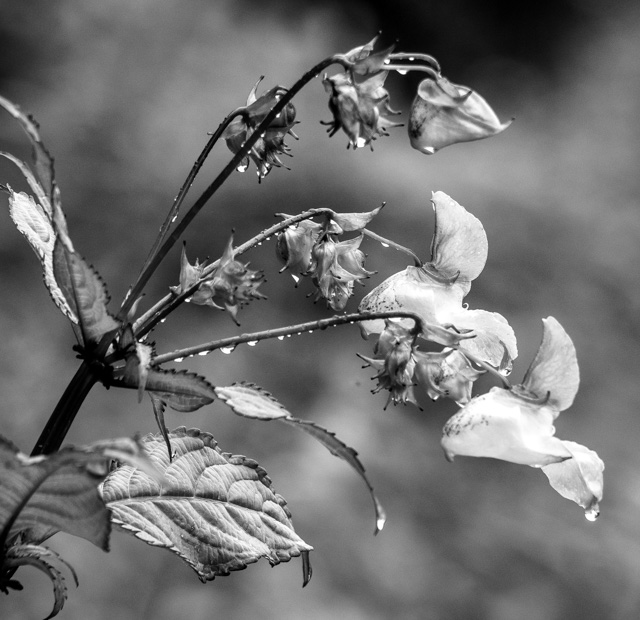 After a late start today we went for a walk along the railway from Auchinstarry to Twechar and then back along the canal. Weather was mainly dry with a couple of rain showers, nothing serious. The E-PL5 kept

going on to video mode without me realising it. It wasn’t until I got back home and looked at the pics, I found four short video clips. I’ve now switched off the instant video button on the camera to stop me pressing it by accident. What I did find that was interesting and useful was that when you are playing or scrubbing through a video in Lightroom 5, you can right-click anywhere and get a screen grab from that point. That’s how I got the bumble bee hoverfly shot.

Had lunch when we got home and then read a lot more of The End of the World Running Club that Hazy recommended to me. It’s been a bit of a marathon (no pun intended) read and has taken me the best part of a month to slog my way through it, but I’m getting there now. I’m not intending to write a review of it here. I’ll keep that for Goodreads. Suffice to say that it may have been a long read, but it has kept me interested enough to finish it.

Dinner was the gigantic dinosaur bone that I got from JIC’s butcher. I’ve been holding on to it for ages until I felt I was ready to face this behemoth of the carnivore’s larder. I deemed that today was that day and while it defrosted ready for the oven, I went for a walk over to St Mo’s, armed with the Nikon, the Tamron lens and a Sigma 105mm macro. From the outset, it was plain that the Tamron would stay in the bag. This was a macro day where the weapon of choice would be the Sigma. There were insects everywhere. Some familiar, some not so. I’ve collected a set of them here for your perusal. Apart from the one on the left, the Scorpion Fly, I have no idea what they are. They are currently posted on Flickr and hopefully some kind person will ID them for me. That’s about it for the weekend. The dino bone was delicious by the way and I’m hoping to have the leftover bits for my lunch tomorrow. 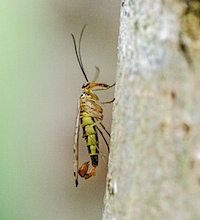 It was a noisy night, with thunder and lightning in the wee small hours. Torrential rain too. Got up early and out to the optician in Larky (honestly, I think I’m up and out earlier than I was when I was working). 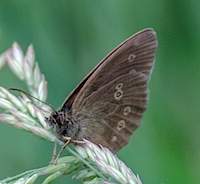 After the tests were done and the new reading glasses ordered, I waited until my eyes had returned to normal after the drops the optician had put in to dilate the pupils, then drove home. I intended to go in to Glasgow on the way, but couldn’t be bothered and also my eyes weren’t really ready yet, so came directly home. Scamp decided she wanted some plants for the garden, so we took ourselves off to Dobbies near Bearsden. Laden with horticultural species, we returned an hour or two later. Scamp was eager to plant out her plants – if you get my meaning. I felt that it was a bit late to get the bike out and took thelazier option of a walk around St Mo’s.

I took the Tamron for further testing, but on the off chance that there would be dragonflies around, packed the 105mm macro lens too. Found a couple of butterflies, some damsels and a spider, but no

dragonflies. Packing the macro lens was a good idea, it beat the Tamron hands down, but then it is a 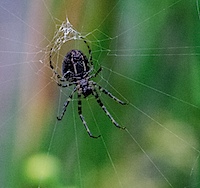 prime and a really sharp one at that. On the way home the rain started. It didn’t last long, but at least it would help to set the new plantings for Scamp.

Today was slow to start. That’s what happens when you go to a birthday party, have a ‘gang bang’ (explanation will be forthcoming later people!) and drive home just before midnight. Am I getting too old for

this nonsense? Anyway, we went in to Glasgow to get some decent coffee beans from Thomson’s. Couldn’t decide what to do after that, so we went out a bit further to far flung Newton Mearns where everyone talks funny and did some shopping (or messages as a plummy Englishman called it last week) then came home and had a late lunch at Milano’s. I got the wanderlust later and walked over to St Mo’s. It was a lovely early evening walk. Met Mr Grey and took some photos. It was dry, but the grass was holding a lot of rain from yesterday and this morning, so my 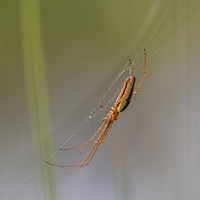 trousers were soaked. Also, unfortunately were my feet as my long serving boots are letting in quite severely. I think I’ll have to bite the bullet and get a new pair. No deer today, but I did glimpse a dragonfly, not a damsel, but a dragonfly. That augers well for a good hatch over the next few days. My head is severely confused this week. I keep on thinking it’s Saturday today – it is now, but that’s because it’s just past midnight – but all day it’s felt like Saturday. Jetlag? No, just Numptylag! 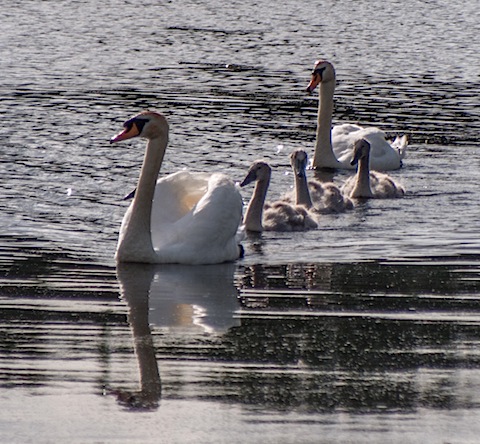