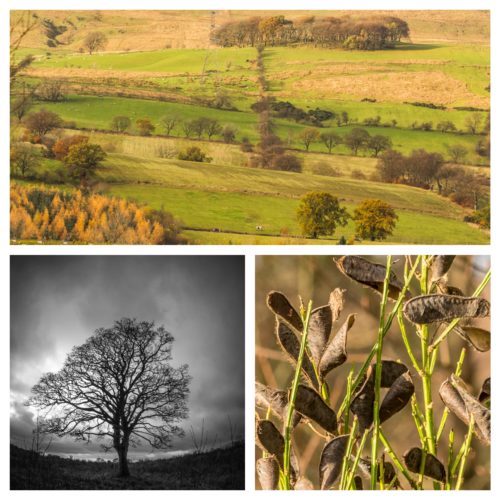 When I woke this morning, just after 8am, the sun was shining.  It stayed that way too.  Now after the last two days we’ve had, that was a big surprise.  I checked all five of my photo backup drives and with a combination of them all, I can account for all the photos from 2000 to November 2016.  Not bad going.  However, one of the big old Western Digital MyBook drives looks like it’s a goner.  That is a great shame.  I’ve always thought WD were a really good make, but I suppose the ten or twelve years I’ve had it, it’s worked hard and sometimes there has been the occasional accident, so I’ll give it the benefit of the doubt.  Soon it was time to leave the photos and go get my flu jag.  That’s jab to some people, but jag if you’re Scottish.

When I got to the surgery they were just calling my name.  That was lucky.  When I went to see the sister, I recognised her right away as an FP (Former Pupil) of Cumby High.  I couldn’t think of her name, but I remembered the face, because last night when I was browsing the photos in the oldest collection, I came upon the poster I’d made for Bugsy Malone, one I was really proud of, and here was the female lead from the show wearing a nursing sister’s uniform.  We got talking and she asked if I had any photos of the show, because nobody in her family had thought to bring a camera to the show.  I told her that I probably had, but it would take me some time to find them.  I couldn’t believe that was away back in 2003!  Anyway, she said she’d just give me a gentle wee jag.  She lied.  It was gentle at the time, but it’s aching now!

After I got back and found the said photos, hundreds of them as it turned out, I got dressed for the weather which was still bright, but cold and headed to Auchinstarry.  Walked along the railway to Twechar and got some photos in the sunshine.  I’ve still to process them, but by the time you’re reading this, they will be done with a bit of luck.  Walked back and took a long cut – the opposite of a shortcut  and walked the last half of the path along the canal.  Almost reached Smithston when a kingfisher flew out from my side of the canal bank, across the canal and down towards the marina.  I was too surprised to grab my camera which was switched off in my bag.  Walked along to where I thought it had landed but couldn’t see it.  Then to my amazement, it shot out of the far bank and continued down the canal and away.  It’s years since I’ve seen a kingfisher on the canal and I was beginning to think they had gone.  Since this one is at least a mile and a half away from my last sighting, I’m hoping there are at least two of them now.  I’ll be ready next time with the Nikon and the 300mm lens.

Weather forecast for tomorrow is wintry with rain, hail and snow predicted.  We’ll just have to wait and see, it’ll be a surprise!