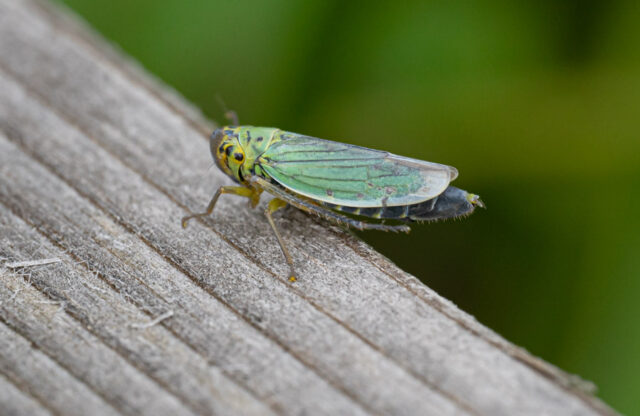 It was a warm sunny morning, but we didn’t really get going until the afternoon. We finally decided to walk round Broadwood again, but the opposite way round, just to be different. There wasn’t a lot to see, but when we came out at the wee pond near the Irn Bru factory, I did see a dragonfly sunning itself on the top of one of the NLC signs telling you what to look for. It could have been a living advert for the woodland walk, but it got its photo taken anyway. A few steps further on, there was another dragonfly, also sunning itself on a wooden fence. I tried for its photo, but couldn’t get through the grass that was shielding it. I gave up and eventually it did too and flew away. Still, I had one in the bag.

Back home I had a look through the afternoon’s shots and, yes, there was at least one shot of the dragonfly that would pass muster. However, there were more things out there, I was sure. So I left Scamp to read and went for a short walk in St Mo’s. Found more small dragonflies sitting on the upstand of the boardwalk and included them in my photos. Even better I found a Leaf-hopper, a bright green leaf-hopper (Cicadella viridis) and took its picture too. I tried a Wolf spider, but couldn’t get it all in focus. There was a Garden Cross spider but it was too far away and there was no way I was wading into the murky waters of St Mo’s pond. It’s bad enough when you don’t know what you’re walking in, but it’s worse if you do!  The leaf-hopper got PoD, just beating the posing dragonfly from earlier in the day.

Decided that I had enough and came home to make dinner which tonight was Naked Fish and Carrot Chips. I thought we had everything to make the dish, but then found we had no garlic. I added garlic granules but they didn’t quite cut it. Also, the carrot chips weren’t very chip-like. Discussion later with the chef himself, disclosed that he thinks there should be more cornflour than the recipe says. I agree with Jamie, that would probably work. We were discussing this when he phoned after the dinner was made and eaten. We also found out about how things are down Cambridge way. You forget that England has different rules and timings than up here. Schools are still on holiday there while they are back at work here. House buying seems to work on mystery and black magic there whereas it might be archaic here, but it’s much more clear cut.

Scamp had been working hard trying to learn some of the figures and their link steps form the second half of the Foxtrot routine. My versions were different, but between us we managed to get everything sorted out and it now looks doable again. It just needs a few more practise sessions and we’ll have a full foxtrot.

Tomorrow seems to be even better than today and today was good. Not too bright and sunny, but warm. Tomorrow we are governed by high pressure, so we should be dry at least. No plans. 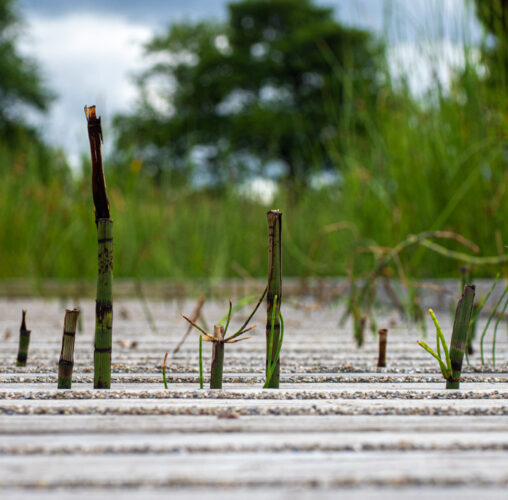 We were supposed to meet Isobel for coffee today. We were there, but where was Isobel?

For once there were some empty tables when we arrived at Costa, an unusual occurrence at 11am. Usually it’s really busy with mums and screaming weans and auld yins taking up the rest of the seats. However, not only were there no screaming weans, but one auld yin (don’t tell her I said that) was missing too. Where was Isobel? After ordering and consuming our coffees Scamp decided she’d better phone the missing party to find out what was wrong. The answer was that she thought Scamp had agreed to pick her up. Scamp denied that, but agreed that we’d drive down to the Village for a coffee with her in her house.

I dropped Scamp off at the house and then parked the car. This let Scamp deal with the problem before I got there. As it happened we didn’t bother with coffee, just sat talking about the holiday, dancing and families. As usual with Isobel, we were entertained for a couple of hours.

Next on the agenda was a visit to B&Q for a piece of dowel to fix the cheapo wheels bins the council granted us with. I imagine there were the cheapest, seconds they could find. The plastic pins that form the hinge for the lid are wearing and I’ve had to replace one already. Today I was replacing the other one. A piece of 15mm diameter wooden dowel would do the job nicely. It’s now done and will be tested tomorrow when the bin is emptied.

After lunch I watched a video by Robin Wong explaining how to do some clever things with the E-M1 mk2. I’ve had the camera for about six months now and hadn’t realised you could do these things. Later I took the Oly out to see if his tricks worked, and of course they did. He’s a really clever guy and when I came home I found another video showing more clever tricks that I’ll test tomorrow, all being well.
On the subject of PoDs, July 23rd’s PoD the mono shot of the sheep at the house in Cumbria won Explore on Flickr.  Explore means it was one of the best shots of the day.  I was quite impressed, but not surprised, as it was a lovely shot, even if I say so myself!

Today’s PoD was shot in St Mo’s and is a worm’s eye view of Horsetails growing through gaps in the boardwalk. Almost as soon as they get about 5cm above the decking, they get trodden on or kicked until the break. Still they just keep growing. Horsetails can be traced back to the early Jurassic period. If they survived the dinosaurs, I’m sure they’ll not be destroyed by a few booted walkers.

We had been warned that there would be thunder and lightning during the night with heavy rain in the early hours.  There were a few peals of thunder, but very distant.  However, the rain did make an appearance and was welcomed by plants in the garden, but more will be needed before they will be happy.  How strange it is to wish for rain!

Tomorrow I’m booked to meet Val for coffee. I’m hoping he knows I’m not coming to pick him up!