That was the day in three words. Sorry about the last sweary word, Jamie!

Drove to Brookfield today and found that instead of the quickstep we’d been practising, we were dancing a Foxtrot, a Tango Serida, a <spit> Cha-Cha, a ‘Baby’ Waltz and as many sequence dances as they could cram in. I actually enjoyed the Foxtrot. Quite an elegant dance. The tango serida was just a bit of meaningless fluff. Instantly forgettable. The cha-cha I almost managed and the ‘baby’ waltz is just a waltz we’ve been messing about with for weeks now. Could be useful for dances if nobody knows what it should REALLY look like! Thankfully there weren’t too many sequence dances to fit in as time was tight. All in all, not as bad as it could have been.

<Warning DON’T read this Jamie>
It had been a 20mph drag getting through the roadworks on the M8 this morning and I’d no intention of facing them again on the way back, so I suggested we go for a drive to Helensburgh. When we got there, OH NO! The carpark was gone. The big carpark with a million space and no charge for parking was gone. In its place was a steel and glass featureless lump. Apparently it is a Leisure Centre. A Leisure Centre in Helensburgh is a bit pointless. Most of the inhabitants are well over 80 and the rest are sailors who work at the naval base a few miles up the estuary and who have their own free (I guess) leisure centre at the base. Finally found a place to park, and had to pay! For the first time in Helensburgh, we had to pay! What is the world coming to. Even worse, the pizza shop was closed. We walked along the esplanade and I took a few photos of wee dinghies sailing and trying to race in an almost complete calm. Had a coffee and a panini each in a busy little Costa off the main road. Scamp found another clothes shop and bought a dress. Further on she found a matching fascinator that didn’t look like a black widow spider! My purchases of the day were a few slices of black pudding, two lamb and sausage meat patties and two Italian sausages that smelled strongly of garlic. We drove back home with out touching the roadworks on the M8.
<OK Jamie. It’s safe to come back>

That was about it for the day. A photo of the wee dinghies trying to race became PoD. Dinner was Chicken Pasta in a Tomato Ragu. More a Monday dinner than a Saturday, but it filled a wee space.

Tomorrow I must go out and take some meaningful photos. I just feel I’m treading water these days and need to get out and take photos of things that interest me. Also I really need to do something about my phone. It’s beginning to fail in quite a few ways. Any suggestions or recommendations would be welcome. 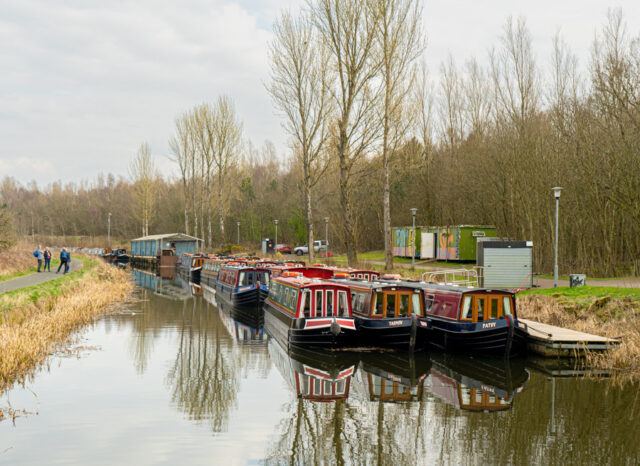 A day of celebration, overeating and a bottle of wine into the bargain.

Spoke to Hazy in the morning and after the traditional singing of “Happy Birthday” she told us how Granny’s 90th birthday party turned into a Super Spreader event, with everyone present becoming positive for Covid! Luckily, Hazy hadn’t attended, unluckily for Neil, he had and is suffering today. Hope he feels better soon and Hazy stays negative.

After she had opened her cards and replied to most of the well-wishers on FB, we got changed into slightly dressier clothes and drove over to Falkirk. Actually not quite to Falkirk, just to the outskirts, to The Boardwalk restaurant for lunch. It’s an airy, modern building, part of a chain.It’s part of the same company as Coast, a restaurant we’d been to a month or so ago, near Port Glasgow. The meal that day was superb. While Scamp’s food today was very nice, I was disappointed. Starters was Mixed Tempura which I thought was oily, but Scamp disagreed. She was allowed to, it was her birthday. Mains were Smoked Haddock Gratin for Scamp and it did look impressive and tasted the same I’m told. Mine was Duck Ragu Rigatoni. The sauce was bland, the duck tasteless and the pasta overcooked. There’s not a lot you can say about it after that. Nobody came to ask how the meals were and the service was very slow. However, I’m glad Scamp enjoyed her meal.

After lunch we walked up to the Falkirk Wheel and watched a bus load of people get lifted up on the giant machine. I took some photos, but it was one of the lined up canal boats that got PoD. The centre was working on its winter timetable and was closing down at 4pm, which is fair, I think as there weren’t many folk there.

First stop on the way home was at Torwood for a pot for the new rose, and two bags of compost. I talked Scamp into another new rose which she reluctantly agreed to and also a pretty red anemone. Neither us had seen a red one before! That meant another two pots!

Final stop on the way was at the shops for a Bramley Apple Pie, ice cream and cream to go with it. Back home we had the apple pie as a belated dessert. We had a bottle of wine to wash it down and then watched the final of this year’s Apprentice. I think we were a bit surprised at who won in the end.

Tomorrow we’ve both got appointments with Simpson Opticians in Larky. Hope the sun doesn’t shine too brightly after getting the drops. 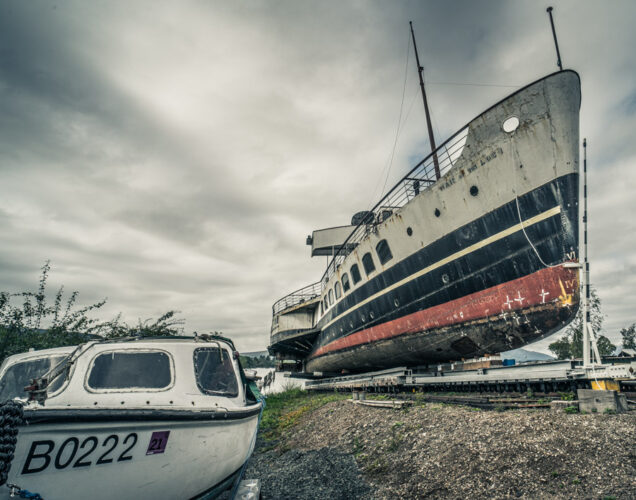 Today was to be a better day than yesterday, which wouldn’t be difficult.

We chose Loch Lomond to be our destination. Scamp said she wanted to go and have a cup of coffee somewhere nice. Lomond Shores which is a retail area at the south end of Loch Lomond looked as if it would fit the bill. Well, we did have coffee and a bite to eat. We even got a window seat, so that ticked both of Scamp’s boxes.

As Lomond Shores is a retail area, some retail therapy was in order. I was still looking for a decent pair of trainers for a decent price. Scamp was looking at dresses and tops, but ended up with a pair of trousers, walking trousers. Not exactly fashionable, but certainly practical and for a practical price too. I couldn’t find anything that suited my feet for any price and I’ve all but given up on the whole idea. I might just buy a pair of flip flops, preferably pink and wear them.

We had a walk around the sad wreck that used to be Maid of the Loch. She was the last paddle steamer built in the United Kingdom. I only sailed on her once, on a school trip to Rowardennan to climb Ben Lomond, back in the mid 1960s. She was a beautiful boat then, so it’s really sad to see the state she’s in now. I really can’t see this boat returning to the loch. It’s just not going to be a practical proposition. Such a shame. PoD was heavily post processed shot of the old maid taken through the railings of fence that keeps her safe for the time being.

Drove home via Stirling. It was a bit longer than the route we came, but the scenery was better and the road was much quieter. When we were driving to Loch Lomond in the morning we stopped at traffic lights before going on to the M73 and I noticed a van with a familiar logo but a strange company name. It read “bqb”, but the logo looked a lot like the DPD cube. I said this to Scamp and she laughed and told me I was looking at a DPD van in the wing mirror! We passed a house on the way home today and its name was “Gowk” Another of my mum’s words. It means an idiot. That’s what I felt like, a Gowk!

No practise tonight, but that just means there will be one tomorrow. We have no real plans for tomorrow. If the weather fairies are correct tomorrow is going to be hot and it will be the last hot day for a while, so we may go for a walk somewhere.