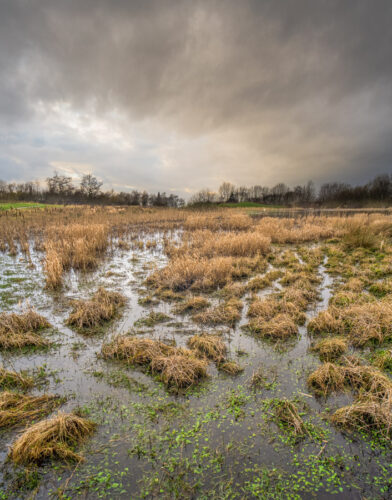 Scamp was heading out for lunch with the rest of the Witches. I was given free run of the house.

After she was picked up by Jeanette I did think of driving out somewhere to get a few landscape photos, but the sky was that moody overall grey and without some directional light I’d be struggling to make a landscape look interesting, so I chose to wait for a while. I thought about starting a painting, but couldn’t decide what to paint. These dull days make it difficult to find an interest in anything. I did for one foolish moment toy with the idea of clearing up the back room, but one look at the enormity of the task was enough to disabuse me of that task. Instead, I had lunch. Beans on sourdough toast. Earlier I’d picked up Jamie’s transatlantic plane on Flightradar 24 and lunchtime gave me a chance to check his position. He was about halfway across the Atlantic as I was scraping the last of my beans from the plate.

I’d a letter to finish off and once I’d done that, it looked like the sky was brightening up with a bit of movement in the clouds, so I got my boots on and the camera sorted and went out for a walk in St Mo’s. The woods were looking bare. Bare trees, dried up grass and not a lot happening. I did try to grab a few shots of lichen and moss and also a few late season fungi, but nothing new. Nothing exciting or interesting. The most interesting was a leaf spread over a fallen log and worn almost transparent by the elements. That might look good reduced to monochrome. I walked further than I’ve gone for ages, across the boggy grassland almost beside the slip road from the motorway, but the landscapes were all the same. I’d taken them all in the past. However, when I came out of the woods the sky was definitely clearing and Jamie was heading south towards the eastern edge of Canada at about 38,000ft.

Heading back towards home I got a decent shot along the length of the boardwalk with the 18mm lens sporting its washed and clean lens hood. Also I took two shots looking towards the breaking sky over the pond. Both were taken in portrait format, one to make the most of the sky and the other to show the silted up edge of the pond. I intended to join them together in Photoshop. That was it for the photography and it looked like Jamie was now even higher at 40,000ft and crossing the border into the US. I hoped he was actually on that plane and had managed to get up for that 4am taxi!

Scamp was home by the time I got back and we compared our day. It would seem that the Railway Inn is worth a visit some time judging by the praise it was getting from Scamp. It would be good to start going out to eat again, now that the restrictions are being relaxed. We might even get to go back to salsa with a bit of luck!

Scamp’s lunch was Macaroni with Chips. My dinner was Tagliatelle with a meat Ragu. More in the pan for tomorrow or to go in the freezer to be discovered some hungry day.

I watched as the Airbus turned on its dogleg to final and landed in a place I’ve never been and am never likely to see with my own eyes. I hope you get to read this Jamie and aren’t too bored with all the photography talk. Enjoy your visit to the Big Apple.

The PoD is the two part picture, assembled and manicured in Photoshop then finished off in Lightroom. The others I took today are on Flickr.

We have no plans yet for tomorrow. Sometimes that’s the best way. 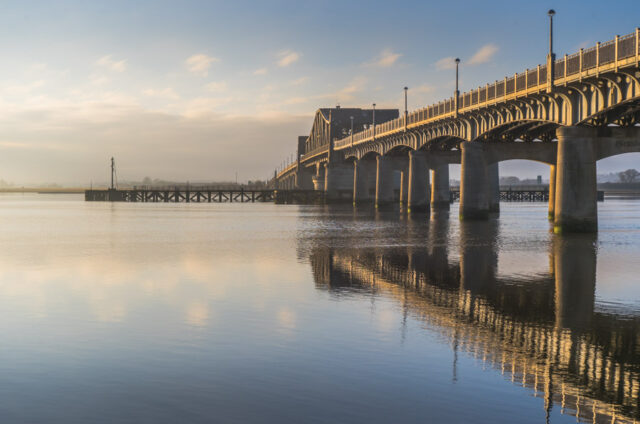 Scamp was out at a Witches Christmas lunch at Moira’s. Do witches ‘do’ Christmas? Isn’t that an oxymoron? Or am I just showing off now? Answers on a postcard please.

Then, heading home empty handed, Calders not having the plant she was looking for, we dropped in at Tesco, looking for a box big enough to pack some (a lot of ) Christmas prezzies. Again I returned empty handed. No packing boxes big enough for our needs. We tried M&S, but still no packing boxes. Finally I tried Iceland and asked one of the assistants if they had any empty cardboard boxes. She asked how big and I made the usual accurate dimensions by holding my hand, palms facing and moved them from about 300mm to about 1m apart. Yes, about that size. She returned with a box nearly big enough to fit my car in. Yes, I said, that would do nicely. Thanked the young lady and we drove home with the box, now folded down, still taking up all the space in the back of the car.

After we’d bundled the box out of the car we had just enough time for a coffee before we headed off to Dunnipace to Moira’s house. As we were heading east, the sky was lightening and there was blue sky out there. After I dropped Scamp off at the lunch / party, I headed further east, asking the sat nav to give me directions to Kincardine in the Kingdom of Fife. It found it without any problem and soon I was driving over the Kincardine Bridge and parking.

I took the Benbo tripod with me. It lives most of its life in the boot of the blue car. Took my Sony A7 too. I knew where I was heading and soon I was set up on a strip of sand by the river with just enough time for half a dozen shots before the tide started lapping around the feet of the tripod. I moved back to the asphalt path and walked round the bridge itself, marvelling at the light and the open space here. Less than half an hour later I was walking back to the car, talking on my phone to Fred who had phoned me for a wee blether. After we’d said our bit and then said our goodbyes, I drove home with enough time for a plate of soup before the Tesco man brought three boxes of messages. I just decanted everything from their crates and left them on the work surface, the cooker lid and anywhere they’d sit safely, then phoned Scamp for an update on the time to pick her up.

Checked the photos and knew right away that they were a good set. Fifty three shots taken, five rejected immediately. That left 48 good sharp shots. That must be a success record for me. Phoned Scamp at 5pm to tell her I was on my way. I always get lost going into Moira’s estate. Today I’d set myself markers and knew where to turn left and when to turn right. For some reason it worked perfectly. Spoke to the witches. Moira as welcoming as ever and Annette pretending she was drunk and convincing nobody. It’s all just a laugh and good friendship. Unfortunately Covid had put an end to the Auld Guys coffee mornings in Costa and beers in The Horseshoe Bar. Maybe they’ll return next year, but I have my doubts. Dinner for me was a rather excellent, but gigantic pizza. Half waiting for me for lunch tomorrow.

The real bad news of the day was that the dance class has failed to generate enough interest from dancers this week and Stewart informed us that it is with regret that tomorrow’s class is cancelled. I hope this is all to do with last minute Christmas shopping and not Covid and it will return stronger in the new year.

PoD was a picture of the Kincardine Bridge with afternoon sunshine lighting it up.

Tomorrow we may go for a walk somewhere scenic and somewhere without shops. 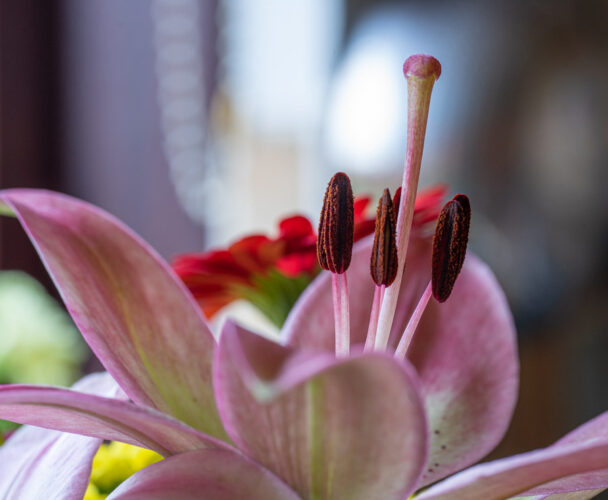 Not the scary one, just the one where the sun never seems to rise.

Scamp was out early to go to the Post Office in Eastfield which is where she’d been told there was a parcel waiting for her, the one she’d missed yesterday. When she got there the woman in the PO said she didn’t have it or couldn’t find it, but would have another look and would phone her to update her. We didn’t hold out much hope for that happening. We’ve not had a great deal of success with Parcelforce.

Scamp was going out to lunch with the witches later, and I was off the leash. Yesterday I’d a couple of things in mind for today. I was intending to fix a grip on the cooker top and maybe get round to taking up my walking trousers, because they are way too long. If time and weather permitted I thought I might go up to the Carron reservoir to get some photos and some fresh air. One look out the window in the morning put paid to that last idea. Time might have permitted, but the weather certainly wouldn’t. It really looked like the sun had forgotten to rise. The other ideas would be the fallbacks.

When Scamp had left for lunch with Jeanette, I drove down to Wardpark to book Scamp’s car in for MOT. I drove rather than phoned because the sky might have brightened up and I might manage to get some photos, but it didn’t and I didn’t. I just drove home again and started cutting up my walking trousers. It sounds a bit drastic, but it really wasn’t. I had a plan and it involved sewing and cutting and pressing and it worked. The trousers are now a good 40mm shorter than they were and don’t get caught in the heels of my boots. By the time I’d done that and cleared up the back bedroom a bit, because that’s where I draw at night in October and also where I photograph the drawings to go in the blog and on Flickr. Even I get fed up with tripping over cables, although Scamp won’t believe that. I was just finishing and making a late lunch when Scamp reappeared. I hadn’t noticed the time, but two and a half hours had passed since she left.

When I got back from the garage, there was a note to say that a parcel weIt was in the bin store. I wasn’t sure if it was for me or her, but was pretty sure this was the missing one. It was for me, and it was a bottle of the hand wash that I’d been raving about after we left Bombay Cottage last week, or was that the week before? Anyway, here was the very bottle and it was just the same perfume. That was a brilliant surprise! Thank you, Scamp. I’m still not all that clear on the details of the travels of this parcel, but all’s well that ends well.

PoD turned out to be a detail from a vase of flowers that I sat on the worktop in the kitchen, catching what light was available at the time. It needed 20 seconds of exposure to get the shot, but it was worth it. 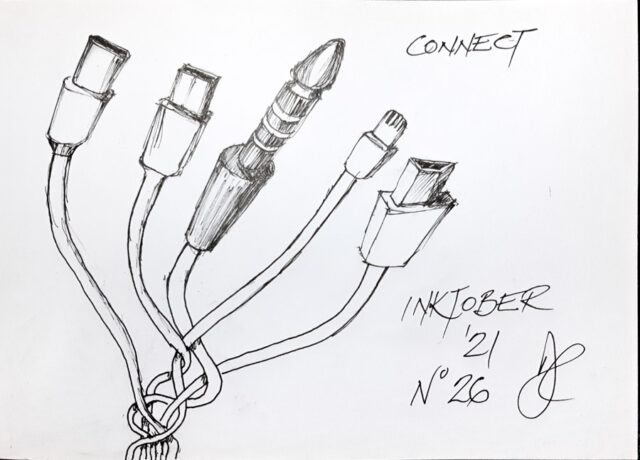 Sketch prompt was ‘Connect’. Have you ever stopped to count all the different cables and connectors you have? I don’t have the time to do it, but there must be close on a hundred different pieces of wire and plastic that connect something to something else in the house. Then there are all the duplicates and triplicates and … ! These are some of mine.