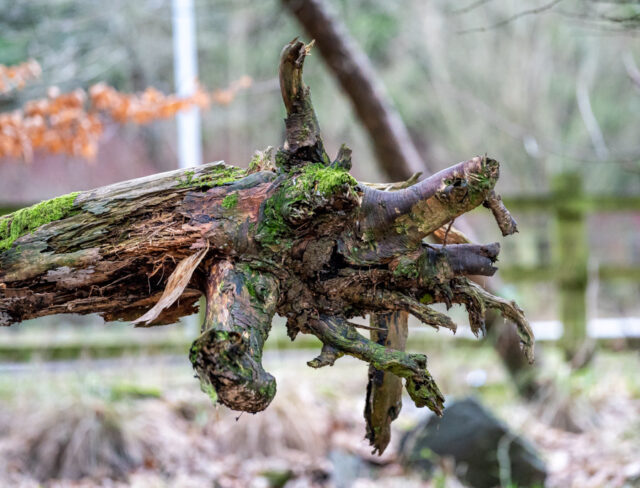 But first a return to the abysmal B&Q.

I decided I’d have another look for the correct screws for the pedestal I was making to hold the new TiVo box. I found them in the place I’d been looking. I remembered that the staff don’t to bother where they put some of the boxes and bags of screws and applied that logic to finding the right size of screws. They were in a box labeled 4mm x 25mm, but the actual screws were 3.5mm diameter x 30mm. It doesn’t help when the bag containing the corner blocks states that you need number 6 gauge screws and that nomenclature was changed around the late 1990s to the much more sensible metric measurement. B&Q living in the past. I got the screws and drove home.

Before lunch I managed to get all the wood cut to size and had a freshly charge battery in the drill. The hardest bit, apart from decoding B&Q’s filing system, was sawing the wood I’d drawn the elevation and end elevation of the pedestal and added all the required dimensions, so it would be as simple as I could make it before I put saw to wood. After lunch it was just a case of assembling the structure and, for once, it was done with the minimum of swearing!

The completed support passed muster with Scamp and looked reasonable in its place under the TV. It also fulfilled its secondary purpose of disguising the rats maze of cables that run between the modem, the TiVo, the Hive controller and the TV itself. Job done.

After hoovering the back room and putting all the tools away, I put my boots on and took the new Sony to meet the wildlife in St Mo’s. I got a picture of the little orange ladybird, still hibernating. However it was after I lost my Samyang’s lens hood and was retracing my steps to find it (it’s still lost), I noticed the Dragon Tree. It’s a rotten old fallen tree, but doesn’t that look like a dragon’s head? Or do I have to decrease my gin intake? Anyway, it got PoD.

Tonight’s dinner was potatoes and cabbage for Scamp. I usually have mine with the addition of bacon, but tonight I had the remains of my roast lamb shoulder. I think it tasted even better tonight than on Sunday. It’s all gone now!

We watched the first episode of The Tourist, but neither of us was convinced by it. If you can’t relate to the actors, (I think empathise is the word) then it’s a hard ask to keep watching it. I may give it one more chance, or maybe not. Much more entertaining and just downright watchable is Around the World in 80 Days. Just good fun.

Bloke came to encourage us to push probes down our throats and up our noses. He had a good sense of humour, despite having to stand in the bucketing rain. I suppose you need a GSOH for that job.

Well, it looks like the dance classes will be free to start again after the weekend. That is good news. Most of the restrictions have been released, and not before time, say we.

Tomorrow I’m booked for coffee with Val. Scamp is intending to do some more tidying up.