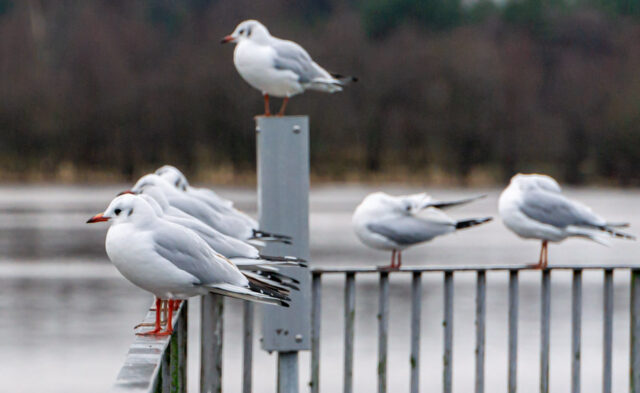 I’m beginning to sound like a broken record, but hopefully there are better days ahead.

It might be that it’s just this dull time after the sparkle of Christmas and the fireworks of New Year (yes, there were fireworks still, despite Omicron). Now that we’ve exited the weekend and are back to what my dad used to call “Auld Claes and Purrich”. You’ve probably heard me talk about it before, but it really sums this month up. It’s all over for another year. This week the decorations come down, the tree is packed away and the Christmas cards are put into the recycling bin. It’s back to normal life.

With that gloom out of the way, what were we going to do with today? First thing was to cut some kale to add to the leftover yesterday’s soup. Put a little iron in your diet. It won’t do you any harm and it might just do you some good.

Next we changed the jolly Snowman tablecloth for a clean and lighter coloured one. That meant the computer could go back on the table and I could get some things ironed out that needed fixing. I did eventually get round to it, but it took a little (a lot) more time than I’d anticipated. It always does. By that time it was lunch time and the soup was ready.

After lunch I went out looking for some photo paper, but Tesco had none, in fact neither of the two Tescos had any photo paper. I got some heavyweight high quality paper that might do at a pinch, but I’m not sure it’s quite photo paper standard. We’ll see. I also bought another pair of cheap true wireless headphones. Skullcandy this time. My original TWH are losing their pairing ability and music jumping through my head from one side to the other is ok for Pink Floyd, but not for more gentle sounds and really, really distracting when you’re listening to YouTube videos. The sound from the Skullcandys is usually good, but these were cheap and so is the sound. Oh well, at least the music doesn’t jump through my head. While I was out I dropped by Broadwood Loch looking for a suitable PoD, but I’d left it a bit late and the sun was setting. A bunch of young gulls gave me a chance to use the long zoom lens on the A6000. Not brilliant, but with a bit of work, it looked not bad.

Back home I struggled further with the Lightroom Catalog Problem and got things working. All it needed was a night’s sleep last night and all the knots that were tying up the problem fell away and the problem was solved.

Dinner was three different types and colours of pasta shapes with a Carbonara sauce. Followed by the remains of yesterday’s apple pie served with custard. Perfect end to any meal.

No plans for tomorrow. The weather fairies say the North wind will blow and we may have snow and what will the robin do then, poor thing? Probably the same as us, have dinner and try to keep warm. The temp just now has just gone sub-zero and I’m off to bed. G’night.