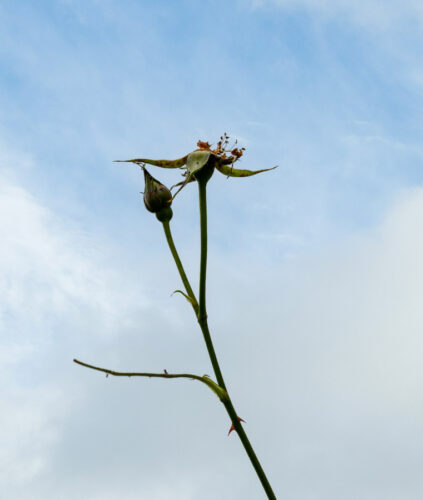 Today would be no-stop.

Up early today because, before we did anything today, there was a loaf to make, or at least the dough to prepare. John and Marion were coming for dinner tonight and I was in charge of the bread and the soup. The bread just had to be the Tear & Share. The soup was to be tomato and red pepper, but the prep of that could wait until we returned from dance class. Scamp was ahead of the game having made the main course yesterday and was preparing the Lime Cheesecake while I was kneading the bread dough.

Out a bit earlier for our trip to Bridge of Weir for the dance class. Hoping there wouldn’t be too much congestion on the M8 because to f the COP26 stramash happening across the river at the SEC. Actually there was very little traffic.

Dance class was ok to start with. Strange complicated sequence dance called Mambo Magic. Much, much more energetic and frantic than any I’ve encountered so far. Very disjointed too, as if it had been designed by a committee! Lots if disparate routines that didn’t seem to gel. Even teacher Jane agreed with this complaint.
Next was Tango and a fault finding and tuning of the basic tango. This was very useful because it changed a simple dance into a much more sophisticated one.
Final teaching session was for the Quickstep which is my bête noire of the moment. We’d practised this at home, yesterday and I’d managed to get all the bits in the right place, but today all Scamp’s teaching went out the window. By the end of the session and with Scamp and Jane’s help it began to come together again, but this will need some more practise sessions at home before I’m ready to progress.

Drove home through Glasgow and the only time we met any substantial amount of traffic was just before the Kingston Bridge where it’s usually busy anyway. We stopped at Tesco on the way home, but were still parked and in the house much, much earlier than a usual Saturday. I wonder if all the talk of road closures and long delays had made some people stay at home today or at least choose a different route that avoided the motorways. Whatever it was, it was a pleasant surprise.

Dough was rising for the bread and Scamp was hard at work getting the table set while I chopped tomatoes and peppers for the soup. I was trialing a new method for the soup. Just chop all the veg sprinkle with oil and bake in the oven for 60mins at gas 6. After that, add the stock and a tin of tomatoes and cook for 20mins before blitzing. Much less faff which leaves time for other things, like photography!

PoD was a shot of a single rose stem with one bud and one blown flower. Used Potatoshop to put a nice blue sky (from another of my photos) in the background and there you have it!

Visitors arrived on time and we had a great, relaxing evening eating, talking an generally catching up with everything that’s been going on in all of our lives over the past two years. Found out about the May wedding too. 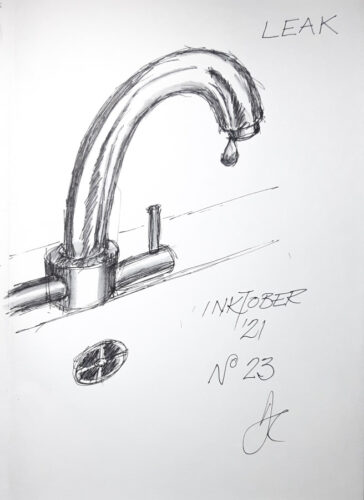 After the visitors left and the dishwasher was chugging away with the first load, we had a chance to sit and relax for a while. I managed to get the sketch finished and posted just before midnight. The prompt was “Leak” and I drew the leaky tap you see here. A bit rushed and no watercolour this time, but finished (just) in time and fulfilling the prompt.

Tomorrow (today, you realise!) we will probably load up the dishwasher again and try to put the house back to its normal relaxed state!